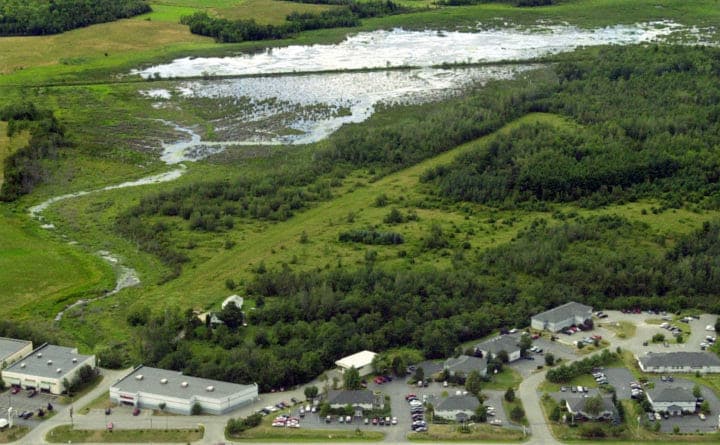 A wetland that may be the site of a future RV park.

But the proposal failed to win the support of a majority of planning board members Tuesday (Oct. 15) night. The planning board voted 4-3 against recommending the amendment, which has been requested by a Newburgh woman, Cindy DeBeck, who wants to build a seasonal RV park on 70 acres of land that she owns between Walmart and the Penjajawoc Marsh.

The change would group Stillwater Avenue with two other Bangor roads — Broadway and Union Street — in which campgrounds, RV parks and golf facilities are allowed to be developed in areas with rural and agricultural zoning.