By: Woodall's Campground Magazine|Published on: May 4, 2011|Categories: Industry News| 0 comments 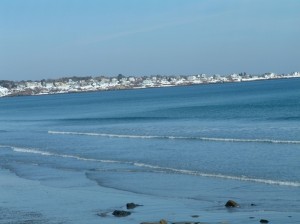 Flagg’s RV Resort in York, Maine, is moving guests’ recreational vehicles out to make way for its own cottages, according to Melvin “Bud” Riggs of Tulsa, Okla., who has been staying at the resort for years.

Seacoastonline.com reported Flagg’s management company, Morgan Management, sent out letters in early March to at least 10 RV owners telling them they must remove their recreational vehicles from the park by May 1, according to Riggs.

Riggs said he was not one of those notified, but he believes he will soon be asked to leave.

Over the next two years, Flagg’s is replacing privately owned RVs on its 80 lots with 20-by-38-foot cottages the park plans to rent for $1,449 a week, Riggs said. Riggs and his wife, Pam Riggs, have paid $5,000 to park their 40-foot trailer at Flagg’s year-round, and to live there for up to five months in the warmer weather, he said.

Replacing trailers on wheels with cottages without wheels represents a change of use that would require Planning Board approval, according to board members and Code Enforcement Officer Ben McDougal.

Robert Moser, who is with Flagg’s corporate office in Saratoga Springs, N.Y., has denied Flagg’s is building cottages, according to Community Development Director Steve Burns. Moser told him Flagg’s is replacing guest trailers with their own trailers, Burns said at the Planning Board’s March meeting. This would be permitted without town review.

Planning Board member Tom Manzi said he visited the Flagg’s website and it advertised year-round housing in units that didn’t appear to have wheels.

“Morgan (Management’s) definition of an RV is a far stretch,” Riggs said last Friday. “They’re bringing them in on wheels; they’re actually going to be cottages.”

Moser has not returned follow-up phone calls for comment.

McDougal said he’s keeping his eyes peeled, and “a lot of people in the area are skeptical.” He has heard from six to 10 guests of Flagg’s who are concerned about the changes at the park, he said.

If the park is replacing RVs with units that don’t have wheels, or with year-round dwellings, the town would likely deny the use, according to McDougal.

“I don’t think it would be allowed,” he said. “(The park) doesn’t have the density to have that many year-round on their property.”