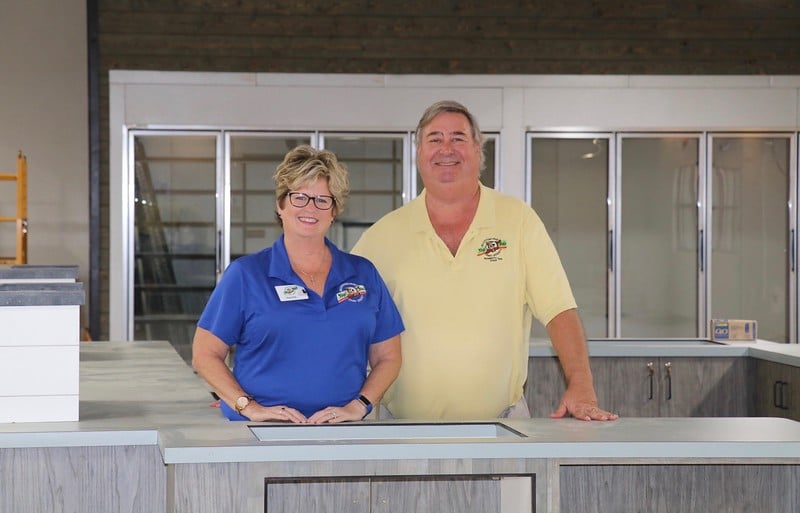 The Potts received the “Park of the Year” award from the National Association of RV Parks and Campgrounds (ARVC) on Nov. 7, while attending ARVC’s annual convention in Knoxville, Tenn. Four days later in North Charleston, S.C., the Potts earned the Jellystone Park “Camp-Resort of the Year” award from Leisure Systems Inc. (LSI), which franchises 75 Jellystone Park locations across the U.S. and Canada.

Bill Pott was nearly in tears as LSI Chief Operating Officer Rob Schutter announced that he and his wife, Kay, had won the highest honor in the Jellystone Park franchise network.

The competition for the top ARVC and LSI awards was fierce because the Potts were competing not only against the best independently-owned parks in the country, but also against the best Jellystone Park locations in the industry.

Indeed, in ARVC’s “Park of the Year” competition, four of the 12 nominations were Jellystone Park locations. The Potts, who run their park with their daughter, Emily Moss, faced considerable competition within the Jellystone Park system, going head-to-head against some of the best Yogi Bear-themed parks in the country, including locations in Mt. Gilead, Ohio, Caledonia, Wisc., and Kerrville, Texas.

But the Potts also took home other awards as well, including the “Facility of the Year” award, which is presented to Jellystone Park locations that have shown sustained improvements to their facilities. They also won the “Jim Webb Spirit Award,” which is named after a longtime LSI executive who played a major role in the success of the Jellystone Park franchise. The award is presented to the franchisee who best embodies the same spirit, enthusiasm, and commitment to the Jellystone Park franchise that Mr. Webb displayed.

The Potts achieved this recognition after completing a 30-month, $10.1 million expansion that encountered numerous weather-related construction delays and problems with a contractor who had to be replaced.

Despite these challenges, the Potts pressed ahead, opening Karst Beach in 2018, a new 2.3-acre man-made pond and splash beach with a 110-foot by 130-foot long Wibit floating sports park with water trampolines and slides. 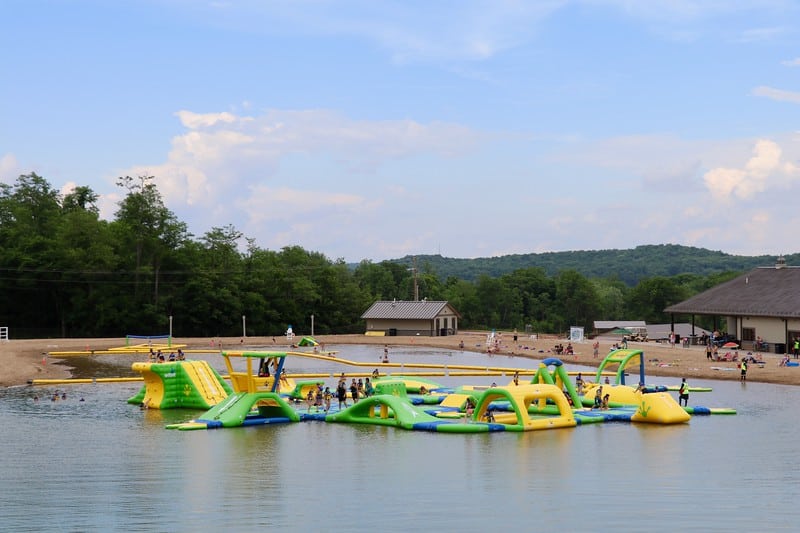 The Wibit, a floating waterpark with trampolines, slides and other obstacles, is now open and ready for guest use.

“As fast as we expanded the park, we filled the park,” Bill Pott said, adding that he knew there was a lot of pent-up demand for the park’s attractions and activities because of its lengthy waiting lists for campsites and cabins, as well as its Halloween-themed weekends, which sell out a year in advance.

Yogi Bear’s Jellystone Park Mammoth Cave, which first opened in 1974, is one of the oldest locations in the Jellystone Park network, which is celebrating its 50th anniversary this year. The Potts acquired the park in 2004 and have continually made improvements to it.

The park’s most recent honors are the latest in a string of awards the Potts and their park have earned throughout the years.

The Glasgow-Barren County Chamber of Commerce awarded the park its “Small Business of the Year” award in February 2019.

Bill Pott received the 2018 “Citizen of the Year” award from the Cave City Chamber of Commerce in recognition of his efforts to improve the local economy.

In August, Forbes noted the park as one of five adventurous resorts in the world with waterslides that go straight into a tropical lagoon, lake or river.