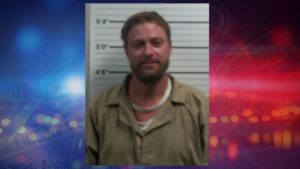 Investigators have arrested a man and charged him with first-degree murder of another man at the Beech Bend Park campground in Decaturville, Tenn., on Sunday (Oct. 14) evening, according to WSMV.

According to the Decatur County Sheriff’s Office, Jimmy Kevin Medlin is accused of firing six shots at Jerrell Barber, at least three of the shots hit Barber and killed him.

The sheriff’s office says Barber had been living on the campground for a couple of weeks and had gotten into a previous altercation with a couple who was also living there. Medlin was a friend of the couple and came to the campground to sell Barber some firewood.