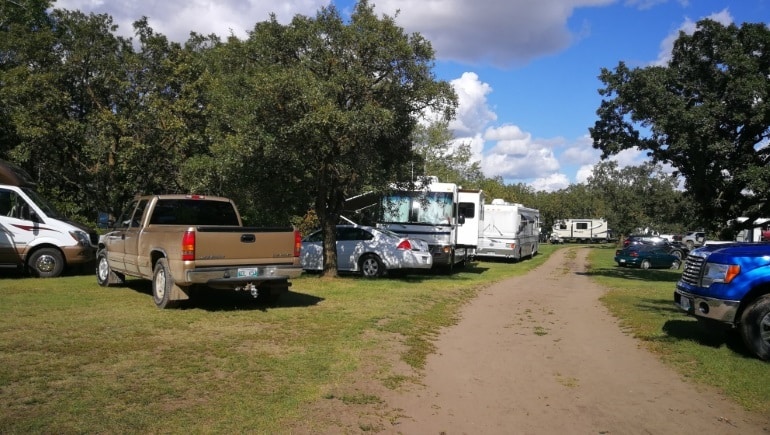 Formerly known as Shady Oaks, this is a scene from last summer at the RV park.

Manitoba’s Long Plain First Nation has a few projects that are being delayed including their newly-acquired RV park immediately east of Sidney, according to portageonline.com.

Chief Dennis Meeches says they won’t be opened for May long weekend as most parks may be.

“We’re still gearing up to get things done in terms of our economic projects and businesses,” says Meeches. ” So, this gives us a bit of time. We’re upgrading the site. Obviously, we’d like to eventually work to install water lines in that area.”

He notes the park has had its water trucked in before. Meeches explains they’re hoping to work with the municipality to run water into the park and got an estimate for the costs at around $20,000.