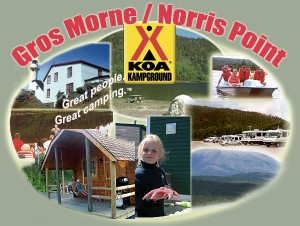 Newfoundland KOA does well in 2012.

The Western Star, Corner Brook, Newfoundland, reported that hot and sunny summer days were a major attraction to Newfoundland’s outdoors.

That is what the 2012 summer camping numbers for provincial parks in western Newfoundland suggest, according to the Departments of Tourism, Culture and Recreation and Environment and Conservation. It is also reflective of what some private campground owners are saying following the season.

Along with the weather, Shawn Shears, owner of Gros Morne/Norris Point KOA, said the numbers were good right from May. He believes the summer conditions in late spring got campers out early, and that remained the trend throughout the season.

“I think the people were going camping anyway,” Shears said. “Of course, the weather co-operated, which made a big difference to the overall season.”

Marketing the place as a family campground, the owner also attributed a busier season to the notoriety the park has been receiving in recent years.

“There are no other campgrounds in this area which offer the amenities we have,” he said.

Shears estimated about 60 percent to 65 percent of the campers at the park this year were from Newfoundland and Labrador, with the next biggest contingent coming from Ontario and Quebec.

Meanwhile, Michael Zenz, owner of Zinzville Campground in Kippens, said his drop-in campers were up about 10 percent this year. He said his seasonal campers remained steady at a high level, but he said they spent more time at the campground this summer. He attributed the increased camping to the great summer weather.

Zenz said the campground has been experiencing an overall steady increase in campers in recent years.

A department spokesperson also attributed the increases to the great summer weather experienced in 2012.

P.E.I Camping Up Too

Meanwhile, the eastern end of Prince Edward Island is celebrating a good year in tourism while more traditional destinations have been suffering.

Despite an excess of sunny weather the Island saw a drop in visitors in July, but that did not appear to hit the Points East tourism region. The optimism comes after years of concern that the end of the Island was falling out of fashion, CBC News reported.

The occupancy rate at fixed roof accommodations was up 3 percent, and the performance at campgrounds was even better. Site nights sold were up 6.9 percent.

“At one point we had to turn people away. We actually have a waiting list for seasonals.”