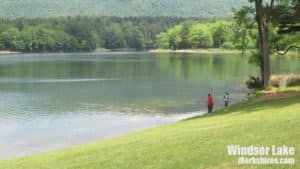 Historic Valley Campground in North Adams, Mass., is going to need some infrastructure investment in the near future, according to iberkshires.com.

The 50-year-old municipal camping site has had some upgrades in recent years, but the next phase could be in the hundreds of thousands of dollars, Administrative Officer Michael Canales informed the Windsor Lake Recreation Commission on Monday (Sept. 9).

“We need to make some investments up there, specifically around drainage and electricity,” he said.

The commissioners had been debating the advisability of raising rates for the next season, but Campground Manager Wendy Sherman didn’t think that was a necessity at this point.

“There’s nothing really different that has changed,” she said. “Why should there be an increase?”

The campground had raised rates several years ago in part to underwrite upgrades in the sewer, bathrooms and wireless signals. The discussion at that time had been about tying any rate increases to fund repairs, renovations and upgrades at the Windsor Lake complex.

“I haven’t really discussed it with this mayor that much, but before we had come before the commission saying that we wanted to tie in the rate increases into improvements at the lake,” Canales said. “So that if we were to decide to invest in X, that we would adjust the rates in order to cover that investment.”

The park was opened in 1970 after the city purchased the land from what was then the North Adams YMCA for $25,000. Another $150,000, half supplied by the state and federal governments, was spent preparing the 100-site camp to open. It was the only municipally owned campground at the time.