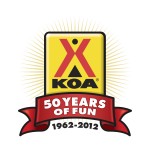 Kampgrounds of America Inc. (KOA) has awarded the Meadville KOA Campground in Pennsylvania with the 2011 President’s Award, according to a press release. The award was presented Nov. 8 at KOA’s annual convention in Las Vegas.

The KOA President’s Award is presented annually to campgrounds that receive high scores in customer service from their campers and also receive top scores in KOA’s annual quality review. KOA surveys hundreds of thousands of campers each year regarding their KOA camping experience.

“Our campers play a key role in helping us select the very best KOA campgrounds to receive these awards,” said KOA President Pat Hittmeier. “This year, as we celebrate KOA’s 50th birthday, these awards take on a special meaning. To be one of the very best in a longstanding, iconic company like KOA really is a unique honor that this special KOA campground can share with its campers.”

KOA was founded in 1962 on the banks of the Yellowstone River in Billings, Mont. To find out more about the Meadville KOA Campground, or any of the other 472 KOAs in the U.S. or Canada, visit www.koa.com.