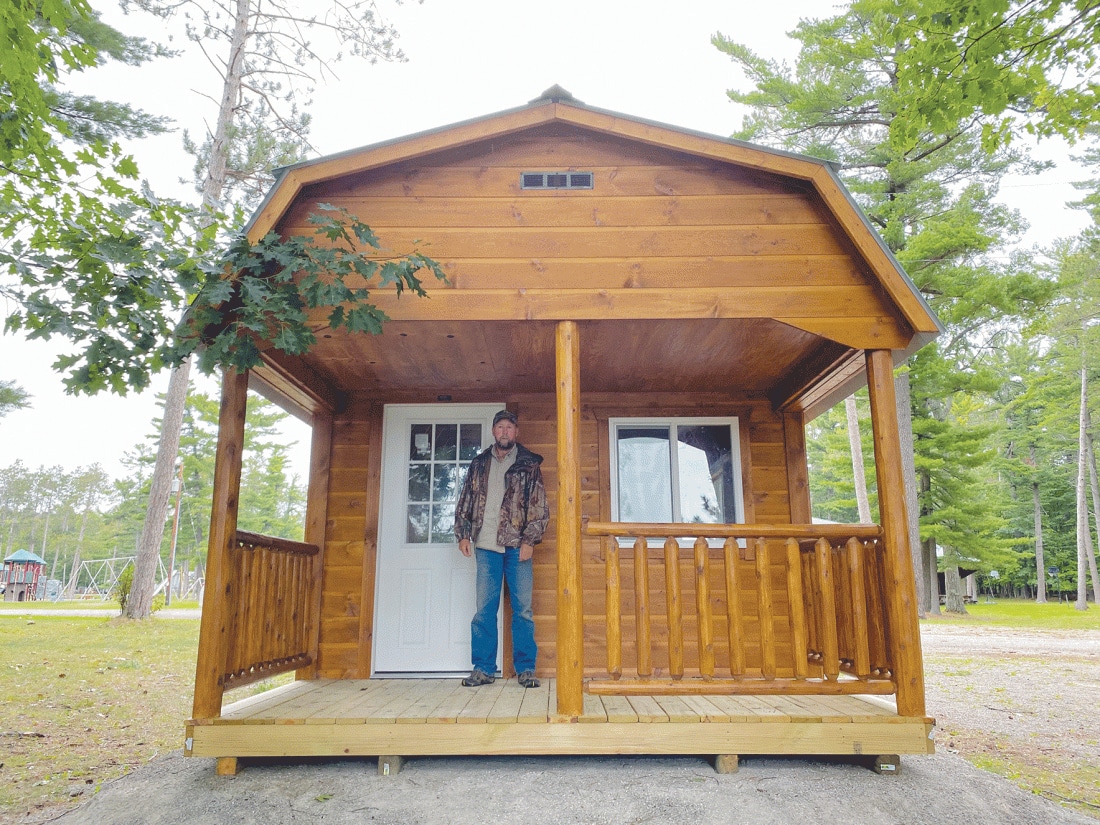 Delta Conservation District Executive Director Rory Mattson stands on the porch of a recently-installed rustic cabin at Pioneer Trail Park. The district is continuing to make progress on its efforts to install these cabins in county parks. (Jordan Beck | Daily Press photo)

The Michigan Delta Conservation District (DCD) is continuing to make progress on its efforts to install rustic cabins in county parks. While the district is still seeking donations, the cost of 10 cabins included in the project’s first phase will be covered by an anonymous donor, according to The Mining Journal.

“The reason we’re doing this is to provide extra recreational experiences beyond those who can afford to own a camper trailer,” DCD Executive Director Rory Mattson said.

Campers will be able to rent cabins for periods of three or seven days.

To give people an idea of what the cabins will look like, Mattson said the DCD recently installed one at Pioneer Trail Park. With additional work done by the district taken into account, the cost of each cabin is an estimated $9,000.