Michigan Forecast: Tourism Spending Up 4% in 2011

By: Woodall's Campground Magazine|Published on: May 26, 2011|Categories: Industry News| 0 comments 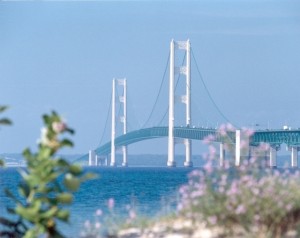 Most southern Michigan state park campgrounds are booked to near capacity this weekend and, surprise, they might be pretty full throughout the summer, the Grand Rapids Press reported.

Year-to-date campsite reservations are up 14.5% from 2010, according to the Michigan Department of Natural Resources.

That’s one of several indicators that suggest state tourism could be in for a hot summer.

“I was pleasantly surprised because I thought with the general economy in Michigan, and gas prices taking that leap they did, that would be a depressing factor,” said Harold Herta, chief of resource management in the DNR’s parks and recreation division.

“Maybe it’s more people are sticking closer to home and they’re not going to Disney World. Maybe people have adjusted to life in Michigan and hunkered down.”

A Michigan State University study projects a 4% increase in tourism spending this year, fueled largely by a return of wealthier travelers to higher-end destinations. But rising campground bookings suggest an increase across the tourism market, said Dan McCole, who authored the report with Sarah Nicholls.

Though the study released in early spring was based on a peak summer gas price of $3.70 per gallon, McCole said the current price flirting with $4 a gallon likely will have little impact on most travelers. A road trip in a typical car from Grand Rapids to the Mackinac Bridge and back, for example, would cost an extra $32 in gas compared to last summer’s price at the pump.

“Vacation has become a right,” said McCole, a professor in MSU’s Department of Community, Agriculture, Recreation and Resource Studies. “Because vacation is still important to people, they’re likely to say ‘Hey, you know what, we’ll make cuts in other parts of our lives. The extra $30 (in gas), we’ll suck it up because we really want to have this vacation.’”

More than 1.1 million Michigan residents will travel this weekend, based on responses to a AAA Michigan survey, and more than 90% will drive. Six out of 10 respondents said gas prices will not affect their plans, while 70% of the rest said they would cut spending in other areas. Some travelers plan to take a shorter trip.

Gun Lake Rentals in Barry County bought two more boats and raised some prices in anticipation of high demand this summer. About 75% of his fleet is reserved for this weekend, owner Alex Cazala said.

“We’ve seen a change from people coming from out of town and doing weekly rentals to a lot of local people coming out for the day from Grand Rapids and Kalamazoo,” he said. “Basically, people are staying local so we’re still busy.

“We expect to see good business as long as we get a nice warm summer.”

The summer forecast calls for temperatures cooler than last year’s 82.6-degree average high, but not as cold as the typical 77.6-degree high in 2009, with normal precipitation, said Bob Suttle, a meteorologist with the National Weather Service in Grand Rapids.

Good weather proved helpful in attracting an estimated 400,000-plus people to this month’s Tulip Time, said Gwen Auwerda, executive director. Hotel stays were up 33% from last year, she said.

“We feel that attendance was up,” Auwerda said. “It didn’t appear that anybody had a struggle getting here. We a had a lot of people from what we call the ‘one tank away’ as well as people from all over the country (and beyond).”

Reservations at Boyne in northern Michigan are “on par” with past years, with no change in the average 2.5-day length of stay, spokeswoman Erin Ernst said. A longer booking window in the winter has shortened this spring, perhaps due to rising gas prices, she said.