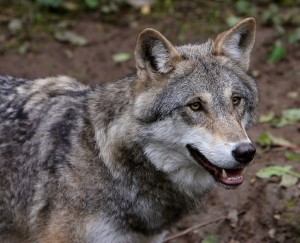 According to CBS News, Noah Graham was bitten in the back of his head early Saturday (Aug. 24) by a 75-pound gray timber wolf at the West Winnie Campground on Lake Winnibigoshish in the north central part of the state. He was getting ready to fall asleep outside of a tent on the campground’s beach with a group of friends from his church.

Minnesota Department of Natural Resources (DNR) enforcement director Col. Ken Soring told CBS News the incident is the first of its kind in the state.

“Our records do not reflect that we’ve had wolf attacks like this in Minnesota,” Col. Soring said.

The United States Forest Service operates the campground which was temporarily closed after the attack, CBS affiliate WCCO in Minneapolis reported.

“The wolf just came up behind Noah, he didn’t hear anything, and it just grabbed him by the back of the head and wouldn’t let go,” Graham’s father Scott said. “He had to physically pry the jaws of the wolf open…to get it off of him.

“And once he got it off of him and he was up, the wolf stood there growling at him,” he said. “And he had to shout at it and kick at it to get it to go away,” he said.

Noah needed 17 staples to close a laceration in the back of his head, WCCO reported. He also suffered puncture wounds behind his left ear

The wolf was shot and killed to allow staff at the University of Minnesota veterinary diagnostic lab to test it for rabies. According to the Centers for Disease Control and Prevention, an animal can only be tested for rabies by chopping off its head and examining the brain tissue using a direct fluorescent antibody test.

Scott told WCCO his son is doing fine and has already began to take shots to fight off the possibility of rabies. Col. Soring said while it’s not soon enough to tell why the wolf attacked Noah, it’s uncommon for the predator to attack humans.

“it’s too early to speculate as far as the condition or the causes with this animal, but it is not characteristic of wolves to approach people,” he said.