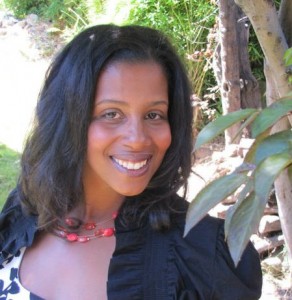 If you took your family camping this summer, you may have noticed a lack of diversity at your campground. More than 90 percent of campers are white and African-Americans are less likely to go camping than any other race. One group is helping to close the racial divide of the great outdoors, KGO-TV, San Francisco, reported.

It is where many childhood memories are made, a family camping trip. But look closely and you might realize there is something missing: African Americans. Rue Mapp of Oakland is trying to change that. She started “Outdoor Afro” three years ago hoping to reunite African- Americans with nature. “Outdoor Afro is a social media and in-person community that inspires and celebrates African-American connections to nature,” she says.

Now, Mapp has a national following. She created an online community for African-Americans to share their stories. “There are thousands and thousands of members across various social media platforms. We get about 80,000 eyeballs to our Facebook page and we have about 10,000 people engaging on our website,” she says.

Despite those numbers, the National Park Service says just 1 percent of park visitors across the country is African-American. Mapp says that doesn’t mean they aren’t enjoying nature. Outdoor Afro organizes outings and camping trips like a recent one in Coloma. The idea is to get more African-Americans out into nature. “Yes, we do camp, most definitely,” Linda McDonald of Berkeley says. McDonald says Outdoor Afro is also helping diminish the stereotype that African-Americans just don’t camp. “Historically, black people have been a part of nature. From the time they were brought over from the continent, they’ve been a part of nature, cultivating the ground,” she says.

“The stereotype is true and then not true because my wife, she loves it. I don’t love it, but I’ll do it and I’m sure I will have a great time at the end of it,” Larry Austin of San Pablo says.

Many of the campers blame urbanization and segregation for disconnecting their community from the outdoors in the past. But today, they are trying to bridge that gap by reconnecting themselves and introducing a new generation to nature. “I think that it’s good to bond with people that look like me and to experience new things and my God, this is great. It’s beautiful out here,” says David Robinson of San Francisco.

“To be able to have an organization like this, it allows more people to do it because sometimes it can be pricey and outside of peoples’ means,” Michelle Robinson says.

Outdoor Afro isn’t just for families or African-Americans for that matter. It’s about creating a relationship with nature. “I think a lot of people of color are just not used to it, maybe from their childhood, they never really did a lot of outdoor activities. But I think it’s great to connect with other people, to get out there, really connect back with Mother Nature, and I think that’s really important not just for people of color, but for everyone,” Amara Aidbedion says.