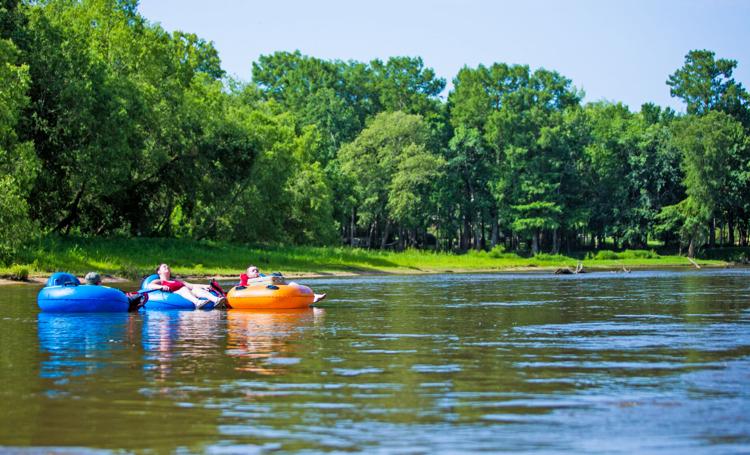 A group of friends float in inner tubes down the Bogue Chitto River in Bogalusa, La. Sunday, June 17, 2018..

A Mississippi RV park’s plans to discharge treated wastewater into Mississippi’s Bogue Chitto river is hitting rough water with environmental groups and recreational river users worried about its effects downriver in Mississippi and Louisiana, according to NOLA.com.

Paradise Ranch RV Resort, located near Tylertown, Miss., has applied for a permit with the Mississippi Department of Environmental Quality to send as much as 70,000 gallons from a sewage treatment plant into the river, an amount that one opponent said is as much as a community college would produce.

Opponents, including the Sierra Club’s Delta Chapter and the environment group RESTORE, are raising concerns about possible algae blooms fueled by excessive nutrients and even the effect that pharmaceutical waste like birth control pills could have on aquatic life, including the endangered Gulf Sturgeon.

“This river has already got a lot of stuff hitting it — this camp, other camps up the river and a chicken farm,” said Margie Vicknair-Pray, of St. Tammany Parish, the conservation coordinator for the Sierra Club Delta Chapter. “The Bogue Chitto is the most canoed on, most kayaked on, most picnicked on river,” she said, arguing that the permit should be refused.

A tributary of the Pearl River, the Bogue Chitto starts in Mississippi and runs through Washington and St. Tammany parishes.

Sean Vidrine, who owns the RV camp, insists that he has no ill intentions. The park, which he’s owned for two and a half years, currently has 15 cabins and 100 RV sites. He wants to expand, due to increased demand, by adding another 100 spaces for RVs and a few more cabins. There is enough property to expand to more than 400 sites, but that’s not in the immediate future, he said.

Beyond that, Vidrine said the Bogue Chitto, is part of the reason people come to the park, which offers canoes, kayaks and tubing.

“We have property on the river, my kids swim in the river and fish in the river,” said Vidrine. “What advantage do I have for doing something bad to the river?”‘