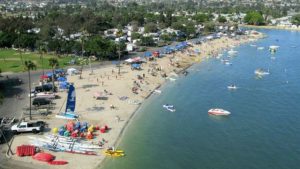 Campland on the Bay, one of Mission Bay, Calif.’s, original lessees, on Tuesday (Jan. 30) reported the highest occupancy and revenue in more than a decade.

“Campland on the Bay is proud to be an important economic driver for Mission Bay Park and the city of San Diego,” said Jacob Gelfand, Campland’s vice president of operations. “Campland’s growth in occupancy over the past decade illustrates how the demand for waterfront camping and recreation continues to rise.

“We’re seeing more and more millennials investing in both new and vintage RVs, camper vans, tents and other forms of camping as an affordable, friendly-friendly way to access the laid-back fun and natural beauty that makes Mission Bay the jewel of San Diego,” he added.