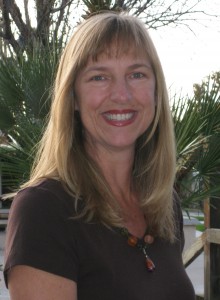 Evanne Schmarder writes a column on modern marketing for Woodall’s Campground Management. She is the principal at Roadabode Productions, a firm specializing in digital marketing strategy, consulting and education for the outdoor recreation industry. She is the co-author of “Unconventional Wisdom Works” and is the host and producer of the “RV Cooking Show.” She gets great satisfaction out of helping business owners maximize their marketing potential and can be reached at [email protected] or (702) 460-9863.

In the last Modern Marketing column we took an up-close look at two organizations’ marketing efforts. We saw how the financial planning firm TD Ameritrade is working to appeal to a segmented target market by utilizing boomer-era icons, to much success.

We also learned about Starbucks’ unique selling proposition. They are in the people business selling coffee – not the other way around. That is key to their success and the loyal following they’ve carefully nurtured over the years.

In this, the second and final part of the Success Leaves Clues: Marketing Lessons series, we’ll review the successes and failures of two top travel brands and the outcome of each.

More Important Than Clever, Be Clear

With your target market identified and your business’ position firmly in your grasp, you can begin to create a marketing plan. This plan will become a living document detailing your budget, advertising venues, PR, branding, as well as every aspect of your guests’ experience – from the first point of contact to the final “come again.”

Just because a company has a marketing plan that doesn’t mean that they will be successful. Case in point, the now defunct Song Airlines, a low-cost air carrier affiliated with Delta and branded as an “airline within an airline,” identified their target market as stylish, hip professional women – the “gatekeepers of travel decisions” and felt that what made the airline so attractive to women would, in turn, bring other travelers.

They positioned their business as a luxury travel experience – flight attendants wore Kate Spade-designed uniforms and flyers enjoyed at-seat digital TV, Internet access, and healthy organic meals – at a value price. And in a classic case of “ahead of their time,” Song even had a fitness-guru-developed in-flight exercise program. Song’s marketing plan intended to create a “lifestyle brand” via several outlets, was debated and documented, and like most marketing programs, had a limited budget.

The program, however, missed its mark. Song ran television spots, print ads and used plenty of savvy, cost-effective PR but they were so focused on “branding” that they neglected to mention the product’s purpose and ask for the sale. They opened “Song Stores” in major cities that were attractive but prompted shoppers to ask what it was selling. They also spent precious marketing dollars funding a publicity blitz called the Meatpacking District Initiative hoping to, by association, attract the trendy customers of the New York City shopping and nightlife district.

By the time they began measuring their results, it was too late. They discovered that although their marketing plan was unique and stylish, it was too focused on who they were rather than what they were selling. After all, marketing’s goal is to sell your product or service. Song Airlines delivered a quality product – one of the best in their industry – but simply couldn’t get their marketing messages to deliver sales. In 2006, without making any profit, Delta absorbed Song.

On the (Marketing) Campaign Trail

Marketing campaigns break your marketing plan down into measurable, time-sensitive pieces. For instance, you might have a campaign scheduled for the spring shoulder season designed to maximize pre-summer reservations, a mid-season blast to encourage fall business or a themed message.

One of our industry’s biggest marketing success stories is Go RVing. Now in its fifth campaign in the series, Go RVing has consistently set measurable campaign goals in terms of target impressions, media outlets and media spend. In proving its success, Go RVing becomes better funded, thus allowing it to extend its reach to more and more prospective camping consumers.

Go RVing’s TV spots typically debut during major sporting or television events that appeal to Go RVing’s target market – prospective camping consumers ages 30-64. Well calculated to reach their targets, other outlets used are broad ranging from print ads to websites and search engines to monthly e-newsletters to cutting-edge QR codes – even Hollywood veteran Tom Selleck voicing the ads. According to plan, every ad or promotion culminates in a “call to action” urging viewers/readers to visit GoRVing.com for an interactive RV-education experience – another worthy piece of their marketing campaign.

Each year Go RVing reviews their market and media reach – adding, deleting and adjusting outlets as necessary. At the end of each phase year, Go RVing reviews their consumer impact – discovering how successful the themed campaign has been and prepares to launch the next exciting piece of the campaign – most likely well into development.

It’s fascinating to learn from the successes and failures of big businesses – many of which started small, identified their markets, positioned their businesses, developed a working marketing plan and executed marketing campaigns – and grew into a household name – or did not.

If asked, these companies would tell you that without question, marketing is a financial commitment as well as an investment in time, energy and effort. It is a long-term proposition that encompasses and communicates everything your business is and represents. A good marketing program looks into the future, projecting growth, understanding and evolving with customer needs and wants, and embracing emerging industry trends. Not for the faint of heart, but well worth the success it can deliver.