Mont. Park Closed, Not Properly Licensed for a Decade 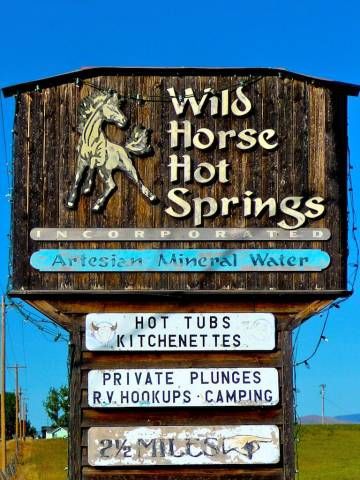 The business that operates the campground and soaking pools near Hot Springs, Mont., where a 39-year-old woman was found dead on Oct. 20 was ordered to close by the Lake County Environmental Health Department last month and has not been properly licensed by the state for more than a decade, according to the Flathead Beacon.

Wild Horse Hot Springs, at 175 Camp Aqua Road, was sent a notice to immediately “cease operations” on Sept. 16 by the county health department in part because it was still operating as an unlicensed facility, more than two years after ownership was first notified it was out of compliance. The notice of violation indicated the facility “has not been licensed by the State of Montana since 2009.”

As of last week, Lake County Environmental Health Director Diana Luke said she had received no response to last month’s notice of violation. Deputy County Attorney Wally Congdon said the owners of the business had begun the process of filing permits and requesting inspections, but that the business remains closed by order of the state.

It is unclear whether or not the business has been operating since it was ordered to close, but on Tuesday, Oct. 20, Lake County law enforcement was called to a soaking pool at Wild Horse and found 39-year-old Keri Anne Allison of Polson dead. No cause of death was immediately identified, and results from an autopsy at the Montana State Crime Lab in Missoula were unavailable when the Beacon went to print. A man was initially detained in connection to the death but later released without charges.

Lake County Sheriff Don Bell declined to provide any additional information about the case, confirm whether or not Allison was staying at the Wild Horse campground, or answer if he believed the campground and pools had been conducting business in violation of the health department order. A press release from the Lake County Sheriff’s Office did indicate that unsuccessful “lifesaving efforts were undertaken by other patrons of the business” on the night of Allison’s death.

Lake County authorities are tasked with policing Wild Horse Hot Springs, but the facility’s location presents logistical challenges for law enforcement. It is located just across the county line from Sanders County on the far western edge of Lake County, more than a 45-minute drive from the county seat of Polson. The nearest local law enforcement agency, the Hot Springs Police Department, is just across Montana Highway 28 but is located in Sanders County and does not have jurisdictional authority at Wild Horse, according to Hot Springs Mayor Randy Woods.

Allison’s death is also not the first time the facility has found itself at the center of a law enforcement investigation. On Aug. 27 of this year, owner Dennis David Larson was arrested and charged with negligent arson after he allegedly set a woodpile on fire, a blaze that spread out of control and destroyed hundreds of feet of tire-bale fence along with trailers and a vehicle on an adjacent property. Larson has pleaded not guilty and will make his next court appearance on Dec. 30.