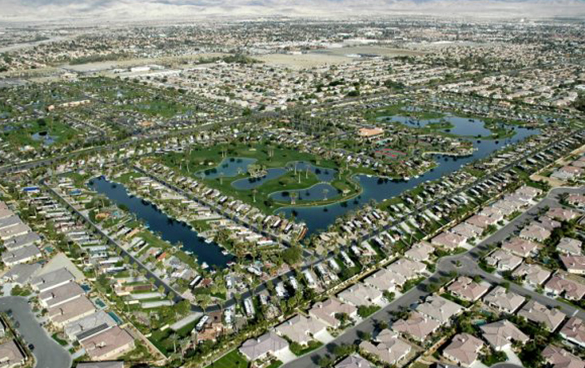 Motorcoach Country Club (MCC) in Indio, Calif., is partnering with Liberty Coach to display the manufacturer’s line of luxury motorcoaches, according to a press release.

“We wanted a place that reflected Liberty Coach’s reputation as the very best in the business, in every respect,” said Vice President Frank Konigseder, regarding the company’s search for its first permanent location west of the Mississippi River. “And that’s exactly what we found at Motorcoach Country Club in Indio.”

Luxury Coach said that the Motorcoach Country Club offers “impeccable service and surroundings,” while earning a 5W Rating from Woodall’s.

“We’d been considering this move for quite awhile,” Konigseder said. “And after our success last spring” – during which the company displayed a 2013 model from St. Patrick’s Day through the end of April on at the country club – we knew it was time to act.”

Liberty will display units on a lot overlooking the club’s championship golf course, with the Santa Rosa Mountains in the distance. Konigseder plans to have a new coach on display throughout the desert resort’s prime season, which runs from January through April.

Konigseder expects the MCC coach display to draw interest from throughout the Palm Springs area, which is home to several other exclusive motorcoach resorts, including Desert Shores Resort and Indian Palms Country Club and Resort, both also located in Indio. Plans are now being finalized for the official opening of the site, which will take place this winter.

“To me, this is the perfect way to cap off what has already been one of the best years ever for Liberty Coach,” Konigseder noted. “Every company needs new horizons to aim for, new challenges to take on. Looking west is the next logical step for Liberty. I can’t wait to get started.”

With locations in Stuart, Fla., and Chicago, Liberty Coach has been providing leadership in the luxury motorcoach industry for over 40 years.