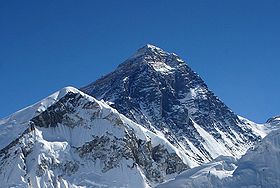 With the opening of Qomolangma National Park on Oct. 26, Tibet is now home to the world’s highest national park, according to The Huffington Report.

The park is named for Mount Everest, which is known locally as Qomolangma or Chomolungma.

Within its boundaries are five mountains that reach more than 26,246 feet, the highest being Everest at 29,029 feet. It also encompasses 10 mountains that peak above 22,966 feet.

“The national park will be focused on the protection of the ecology and biodiversity and prevention from illegal resource exploitation or land use,” Sun Yongping, deputy chief of the region’s tourism bureau, told China’s Xinhua News.