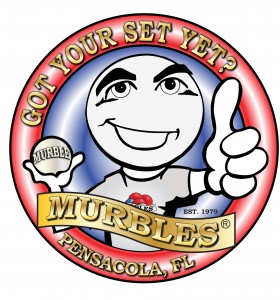 Editor’s Note: Murray Kramer, the Pensacola, Fla.-based inventor of the Murbles game that is gaining traction at campgrounds across the U.S., sent an e-mail  to Woodall’s Campground Management (WCM) Editor Steve Bibler detailing his recent foray into the campground association trade show circuit in Wisconsin and Michigan. Excerpts from that correspondence follow.

I was invited to Wisconsin to be a vender at the WACO show in March and decided to hit the Michigan ARVC expo while I was in the area. There was more than a casual interest in Murbles from both crowds.

I think that campground owners were looking for a new product to use as an inexpensive activity that is fun, compact, American made and can also make them some money.

Both groups took advantage the wholesale pricing, wire counter top spinners and the new clear plexiglas merchandiser that looks cool that offer customers 50 Murbles in selected colors to make their Murble sets from.

Several campground owners purchased just a few sets of Murbles to test the waters. Others purchased a case of (10) and were going to offer the game to campers to play and then sell them a set to take back home as a souvenir. Some owners were going to have Murble tournaments for their long-term campers as an activity.

Murbles often get compared to Bocce and often gets the nod due to the weight difference, the size that is good for kids and older people. They felt that the lighter Murbles would be used more than their old Bocce ball games. Most said that people have stopped requesting the Bocce ball game because it is to heavy for younger and older family members.

You see, it’s true,'”Size matters” and it helps to have a point ball that can be seen in tall grass.

Sales were very strong at both shows; I actually covered expenses and made a small profit this time.

I am receiving calls and emails from campgrounds owners, resorts managers even state parks requesting their logos be placed on the Murble game bags.

Doors are finally starting to open, I’m meeting demand for new markets that are finding out about Murbles and I am having lots of fun.