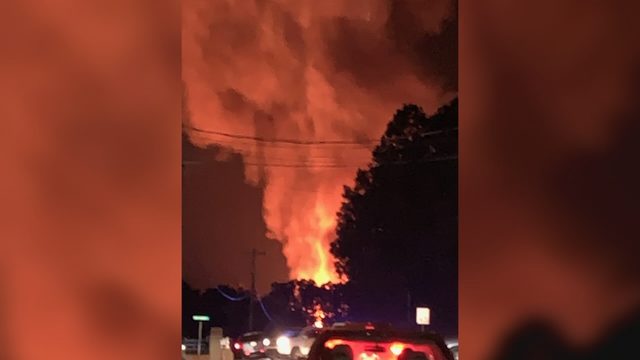 Officials are working to learn what caused a massive fire Sunday (Sept. 29) night at a historic Catawba County, N.C., campground, according to WSOC.

Firefighters had to call in at least 14 departments from Lincoln, Iredell and Alexander counties for help after a fire broke out around 9:30 p.m. at the Balls Creek Campground along Buffalo Shoals Road.

Officials said the fire destroyed about 30% of the 300 cabins before firefighters were able to get it under control.

Viewer video and photos from the scene show massive flames lighting up the night sky with an orange glow and the flames could be seen for miles.

Eyewitness News Reporter Gina Esposito was there as crews used bulldozers and water from nearby ponds to stop the flames from spreading.