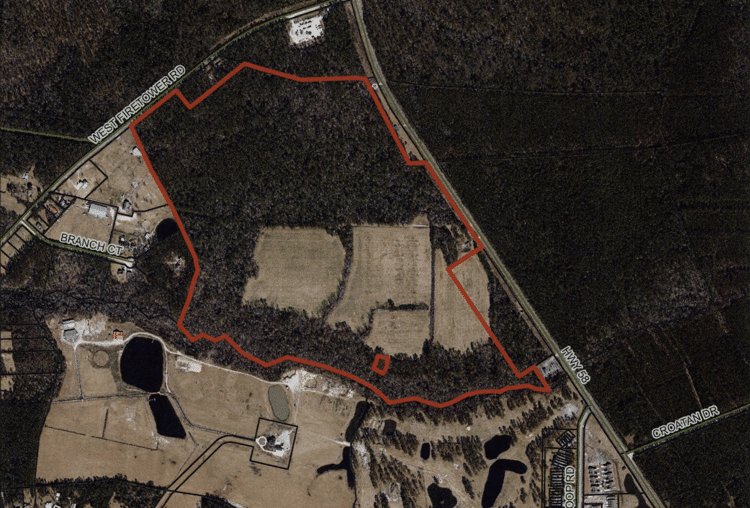 A view of the location where the park would be built.

Despite opposition from nearby property owners, the Carteret County (N.C.) Board of Commissioners approved changing the zoning classification of 156 acres off Highway 58 just outside Peletier to a recreational camper park district, according to the News-Times.

The property was previously zoned for single-family residential development and is largely wooded and undeveloped, with one single-family structure sitting on the property.

Ron Cullipher of the Cullipher Group, representing project developers Dirt2Dreams LLC, said the plan is to build a “resort-like” RV park on the site. He said it will include water features, walking trails and other amenities with space for several hundred RVs and campers, though the exact number of units hasn’t been decided.

“We’ve been looking at this piece of property for quite a while and we understood some of the concerns from the community that we’ve tried to take into balance with our preliminary designs for this site,” Cullipher said.

Commissioner Chris Chadwick spoke favorably about the proposal, saying he owns an RV park in Harkers Island that attracts people who he said are generally respectful of the surrounding community. He encouraged residents to work with developers to ensure the plans, which must be submitted to the County Planning Commission and commissioners for final review and approval, are suitable.

“Typically, these people that own these RV parks are well-behaved, good neighbors,” Chadwick said.