N.C. Jellystone Is Almost Sold Out For Easter 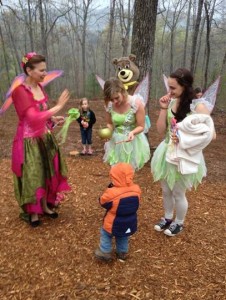 The 2016 camping season is kicking off in a big way Easter weekend at the Yogi Bear’s Jellystone Park Camp-Resort in Marion, N.C., according to an announcement from the park

Easter weekend activities include a “Magical Jelly Bean Journey,” where children hop on a hay ride and venture to the enchanted forest.

“Once the kids arrive they are greeted by ‘forest fairies’ at the woodlands castle where the creativity begins,” Garcia said. “Everyone mixes up a magic potion consisting of fairy dust, bunny tail ‘floof’ and more. The potion is anointed with unicorn breath and all chant a magical spell. Finally, each child plants their magical jelly bean, dusts it with potion and soaks it with water from an enchanted spring.”

All then wait for the magic of the moonlight and twinkling stars to take effect. The next morning, everyone heads back up to the forest to find giant spiral lollipops sprouting from the forest floor. Squeals of delight echo throughout the forest and hearts are happy as they begin the day.

“It’s a great activity where everyone exercises their creativity and has fun,” said Garcia, who runs the park with her husband, Alex, and son, Alex Jr.

And that’s just the first of many special events planned throughout the year at the park, which draws families within a two- to three-hour radius of Marion.

Indeed, each week of the camping season has a different theme. For example, March 28 to April 3 will be a family sports week with boat races, a mountain marathon, volleyball games and other competitive activities.

Yogi Bear’s Hollywood Superstar Week will be from Aug. 8 to 14 and will include a talent show and celebrity lookalike contest.

The park will also have five consecutive Halloween-themed weekends that include a haunted maze, a costume parade and contest with Cindy Bear, a mummy wrap relay, a campsite decorating contest, trick-or-treating and a Monster Mash ball.

The park also has a 5,000-square-foot pavilion with a surround-sound system and seating for 300. The pavilion is used for family movie nights, tie-dye t-shirt making activities, dance parties and other special events, including rainy day activities.

The 120-site campground has seven cabins, including furnished cabins.

Garcia said she and her family have owned the Jellystone Park for nine years. She expects this year to be one of the best yet.

“We have had phone calls ringing since January,” she said. “We anticipate this to be a very strong year.”