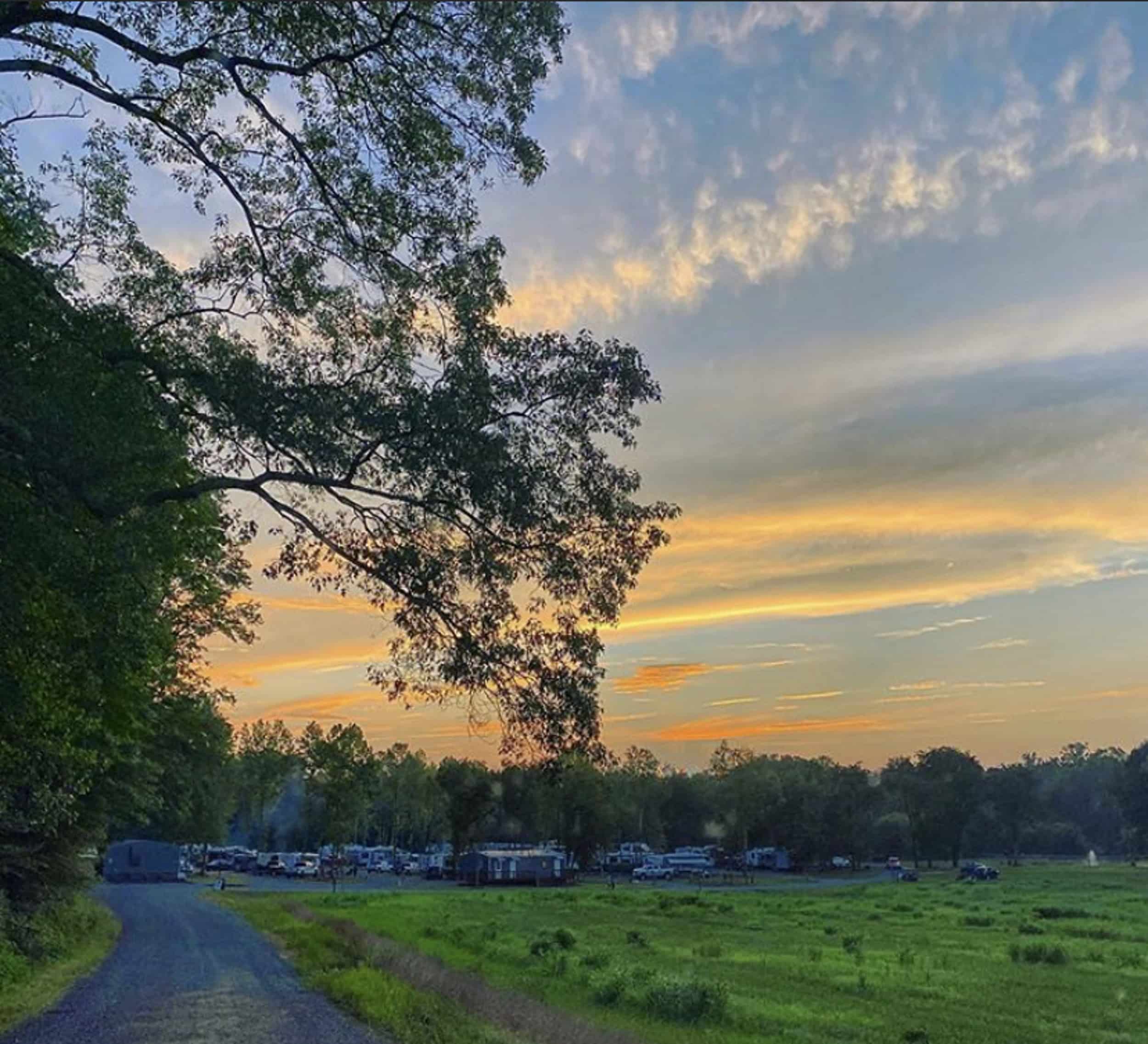 Surrounded by beautiful scenery, the Neeses took their experiences RVing into account when building their park.

Marcia and Jim Neese opened RiverWalk RV Park in Jonesville, N.C. on June 11, right smack in the middle of the COVID-19 pandemic.

Of course, that wasn’t their plan. They expected to open several months earlier. But permitting delays ended up being “a gift from God,” Marcia Neese told WOODALLSCM.com because they were able to open their campground as the initial COVID-19 lockdowns were being lifted.

A former professional motocross rider, Jim Neese spent the past two years building the 51-site campground on a wooded 11-acre site along the Yadkin River, hiring electricians and plumbers to help with the work he couldn’t do on his own. Meanwhile, Marcia said she learned the basics of how to operate a campground through discussions with members of the RV Park/Campground Owners and Managers Operations & Marketing Forum on Facebook, which is hosted by Mark Koep of CampgroundViews.com.

But even though the Neeses had no prior experience in the campground business and opened in the middle of a pandemic, Marcia said they have enjoyed strong demand for their campsites — both during the week and on weekends.

“We’ve not had an empty site on the weekends since we opened in June,” Marcia said, adding that they were booked through the end of 2020. “We are half capacity during the week, which gives us time to catch our breath.”

The Neeses, as one might suspect, are hard workers. Coming from North Carolina families with limited means, they both grew up with a strong work ethic.

Marcia’s mother is disabled, and she started work grooming horses at the age of 12 to help earn money for her family. “I was raised on a farm,” she said. “By the time I was 15, I had a worker’s permit and started working at Domino’s Pizza answering the phone.”

At 17, she started working in sales for a dermatology and skincare business and helped the company grow from five to 22 locations. She subsequently worked for a company called Brook’s Group, which markets courses in executive sales training to C-suite executives with a roster of clients that includes publicly traded outdoor product retailers like Yeti Holdings Inc.

Jim Neese, for his part, worked as a professional motocross rider for many years before starting work running a small grading and construction business, which he continues to operate.

But as the Neeses approached their 50th birthdays, they realized they needed to develop another business to generate income for their future retirement years. They also wanted to create a future business opportunity for their 19-year-old son, Luke, who is also a motocross racer like his dad. But while motocross racing can be lucrative for some, for most riders it doesn’t generate a significant amount of income.

“We started thinking, ‘How do we leave something to our son, and how do I support my mother?’” Marcia recalled.

During Jim’s motocross years, the Neeses camped in their toy hauler as he raced at different events. “We often spent our weekends in our toy hauler at a football stadium or in a parking lot,” Marcia said, adding that they camped in campgrounds, too.

But three years ago, Jim had to attend a weekend motocross event in the Asheville area of North Carolina and couldn’t find a place to camp. “The places he called, they never called back, or they were rude to him,” Marcia recalled. But that negative experience gave Jim the idea of working with Marcia to build and operate their own campground. “He told me, ‘I found something we can do together,’” Marcia said, “and I feel like we can probably do it even better (than the other campgrounds he reached out to).”

Marcia said the idea of going into the campground business made sense to her. “Jim is a visionary and an artist when it comes to grading and construction,” she said, adding that her 25-plus years of experience managing multimillion-dollar businesses would make them a great campground management team.

“We felt as if we had the skillsets to (run a campground) better,” she said. “It’s also helpful that we both love meeting people and enjoy learning about others. Campers are happy people. What better way to spend your time than catering to ‘Happy Campers’ who we enjoy spending our time with? Our park is created for RVers by RVers.”

The Neeses selected the Jonesville area, a scenic area about 45 minutes west of Winston Salem with lots of things to see and do.

Guests at RiverWalk RV Park can go rafting or kayaking on the Yadkin River. The Neeses have worked out arrangements with an outfitter that picks up their guests at the campground and takes them on three- to four-hour float trips. “People like to kayak along the river in the fall and see the changing of the leaves,” Marcia said.

Jim also created a beach along the Yadkin River, which guests can enjoy at the campground.

Other campers like to go hiking at Stone Mountain State Park, which is about half an hour away or take walks on the Mountains to Sea Trail, which stretches from the Great Smoky Mountains to the Outer Banks.

RiverWalk RV Park is also within minutes of 28 wineries and the Neeses have arranged for a private company to pick up their guests at their campground and take them on winery tours. “You can choose one to five routes. It’s the Ultimate Wine Hopping Experience & Wine Country Adventure,” Marcia said.

The Neeses also invite family-friendly food and dessert trucks to visit their park on weekends. The food truck offerings range from barbecue to Southern cooking to sliders and fries to tacos and beer. The dessert truck offers everything from cakes and ice cream to donuts and cheesecakes.

With so many things to see and do, it’s no wonder the Neeses are busy. But Marcia said one of the keys to their success is simply being nice to people and making great customer service their top priority. 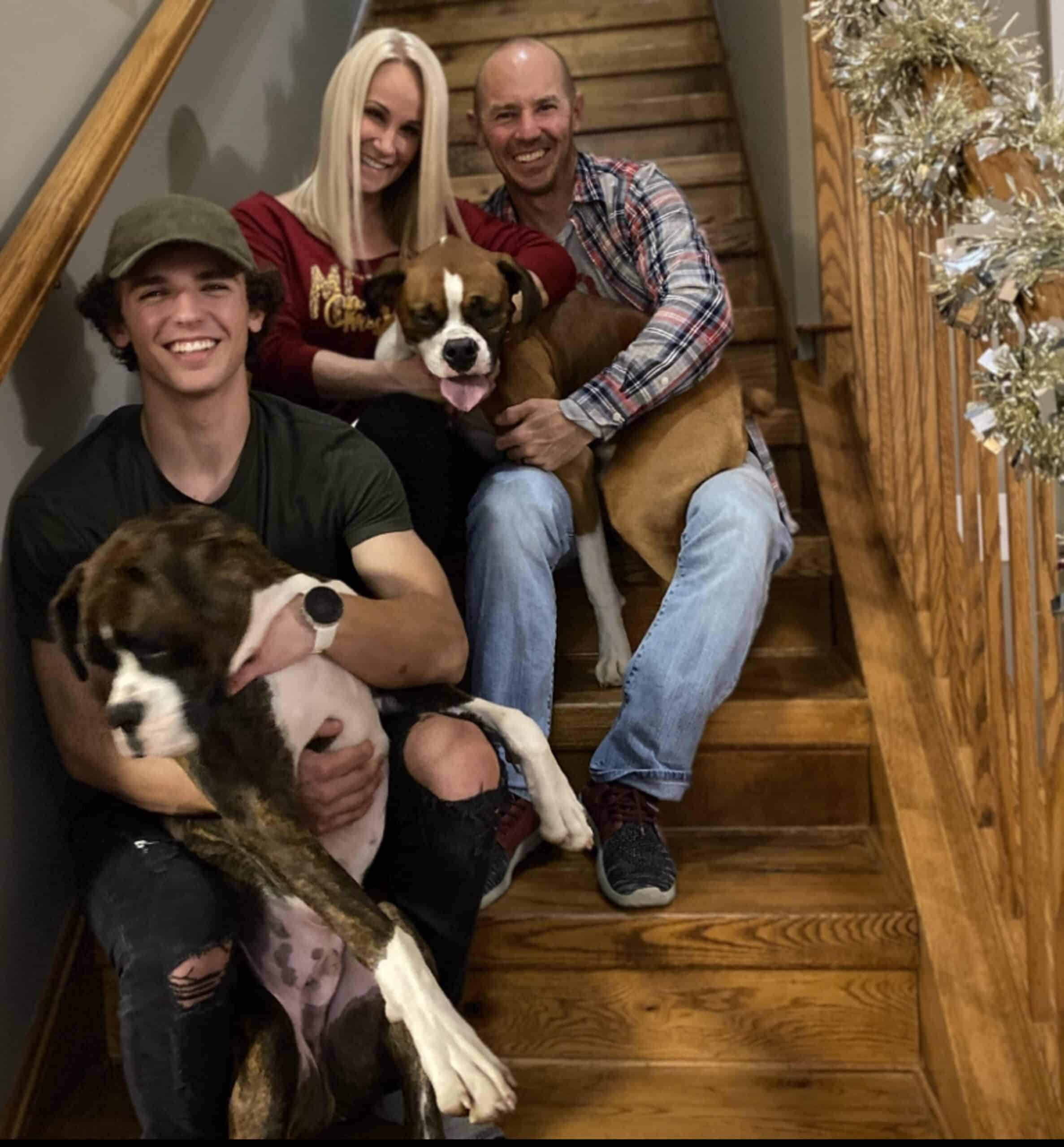 Marcia and Jim Neese started RiverWalk RV Park as a business they hope to pass down to their son, Luke.

“We feel we reached our goal of doing it better (than other campgrounds and RV parks) just by being nice to people,” Marcia said, adding, “In less than six months, we have over 100 five-star Google reviews, as well as over 100 five-star Facebook reviews, and most of them reference my husband, myself and our camp host.”

Marcia believes she and her husband are also having a successful business launch because they both work on site at their park. Guests like to be able to interact directly with the owners because it enables them to establish a stronger connection with the park, she said.

Marcia has several other tips for success that she’s happy to share with new and aspiring and even existing park operators. Among them:

Screen your employees carefully: One of the Achille’s heels of the campground industry is the presence of people holding guest service positions who really don’t have the temperament, people skills or other attributes needed to work in a campground. Marcia says she likes to check with at least five different references. She also finds it helpful to ask about a job applicants’ weaknesses.

Offer reliable Wi-Fi service and clean, user-friendly restrooms: These two amenities are always top priority for campground guests, and the Neeses believe it’s important to give the guests what they want. The Neeses have a fiber optic line coming into their park and they use a local provider for Wi-Fi service. Marcia said their Wi-Fi is strong enough to provide streaming quality Wi-Fi for up to three devices at each campsite. She said their restrooms are “modern, rustic, warm and inviting.” The restrooms have air-conditioning and heating, and the park has an ADA-compliant bathroom. “We even have music playing throughout,” she said.

Participate in online travel forums: So much marketing and communication takes place online and participating in travel forums is a great way for parks to gain exposure with travelers who are looking for advice on places on places to visit.

For 2021, the Neeses are planning to pair their food and dessert truck visits with onsite entertainment, including Hawaiian luaus, craft fairs and other events, which they are scheduling from March to December. This year, they were also planning to invite 25 vendors to come to their park to sell their products.

They currently operate RiverWalk RV Park with help from two camp host couples, with two working in the office and two working on the grounds.

While the Neeses have plenty of land, they have no plans to expand their park. “We have a boutique-sized park. It’s very intimate. We have trees. The area beside it is a big field. We want to keep it small. This is our retirement plan, not our get-rich plan,” Marcia said. “This is what’s going to help us so we’re not working for other people for the rest of our lives.”

In the meantime, however, the Neeses are generating income from Jim’s construction grading jobs and from Marcia’s latest job, which is working as a national sales representative for Campspot, the Grand Rapids, Mich.-based reservation software provider, which the Neeses use to process the majority of reservations for their own campground.

“I’m the only female on their sales team and I am the only one who owns a park,” Marcia said.

Marcia explained Campspot is an easy sell because it works so well for her own park. “Nearly all of our bookings come through the website,” she said, “so my staff doesn’t have to be tied up with phone reservations.”