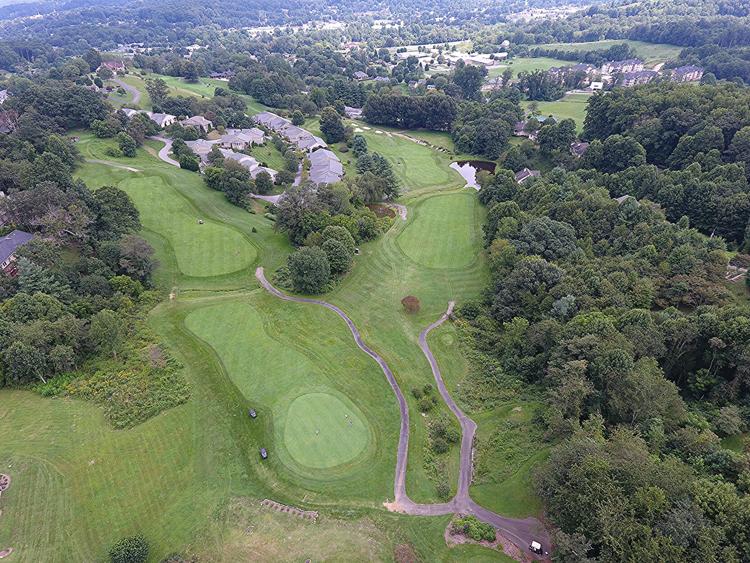 Rumors of a proposed luxury RV park near this area of Laurel Ridge golf course prompted the town to consider a blanket ban on campgrounds and RV parks.

Waynesville, N.C., leaders have unanimously banned campgrounds and RV parks in the town limits, according to The Mountaineer.

Scuttlebutt over a possible RV park flanking the golf course at Laurel Ridge Country Club prompted the town planning board to study where, if anywhere, campgrounds and RV parks should be allowed.

“To deal with this sticky wicket of where might be appropriate and not appropriate, they proposed not permitting campgrounds or RV parks anywhere within the town’s jurisdiction,” explained Byron Hickox, town zoning administrator.

The planning board passed its recommendation along to the Waynesville aldermen for a final verdict. One question that arose was whether a blanket ban of a certain type of establishment was kosher, however.

“Can we legally outlaw campgrounds and RV parks in the whole town?” asked Alderman Anthony Sutton during a discussion at the last town board meeting.

“Yes, but with caveats,” Hickox replied.

“It can’t just be ‘We don’t like campgrounds.’ It can’t be a snobbish attitude toward campgrounds without a clear justification of why campgrounds don’t fit into town,” Hickox said. “If there is a well-stated justification, you can outlaw certain uses.”

So while aldermen unanimously agreed with the idea of a campground ban, before voting to do so, they first had to enumerate why.

“You have more people coming and going, traffic, noise, the lights,” Dickson said.

Besides, there are plenty of places to put RV parks and campgrounds in “outlying jurisdictions,” Sutton said.

“There are plenty of areas outside of town,” Sutton said.

Indeed, anyone planning a campground would likely look further away from town given the price of land in Waynesville proper.

“The fact that we haven’t gotten a request for a campground in the 15 years I’ve been here speaks to the fact there is not a great urgent need for campgrounds,” Hickox agreed.