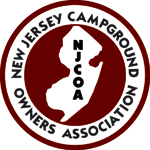 Campgrounds throughout New Jersey are providing accommodations for workers from across the country who have come to New Jersey to assist with cleanup efforts.

There are about 35 campgrounds from Sussex to Cape May County who are hosting workers from 14 different states and Canada, according to a news release from the New Jersey Campground Owners Association (NJCOA). Many campgrounds sustained damage during the hurricane with downed trees and some campers crushed and no electricity, but most have reopened and are accommodating as many workers and evacuees as they can.

Joann DelVescio, NJCOA executive director, said that “the phones began ringing last Wednesday from work crews traveling to New Jersey in campers and RVs looking for a campground that was open and could provide hook-ups. NJCOA has been acting as a clearinghouse to these workers letting them know who still has availability. In addition, many phone calls were received over the weekend from evacuees in New York and Staten island who had been living in shelters and were looking for a place to stay for the weekend.”

Campers and cabins in most campgrounds are filled right now, but sites are available for people pulling in with RVs and their own campers. People can call the NJCOA office at (609) 545-0145 for assistance with campground availability.

Most campgrounds were due to close on Oct. 31, but many will remain open as long as they can to accommodate these workers.

In addition, NJCOA is working with RV dealers in the state in assisting people who need to rent RVs that they can move to a campground.