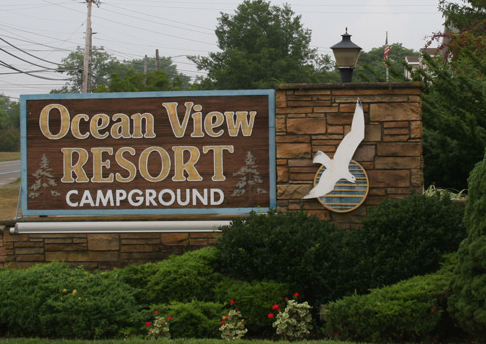 John Turner Jr. opened a campground in southern New Jersey’s Dennis Township in the early 1960s. An avid camper, he planned to turn an easy profit from the business and retire.

More than 50 years later, the Ocean View Resort Campground is one of the largest campgrounds in the Northeast and part of the reason why Cape May County has more campsites than any other county in New Jersey, the Press of Atlantic City reported.

“It turned out to be a little bit bigger than what he expected,” said his son, Doug Turner, who now co-owns the business with his older brother, John III, and his son, Scott.

Cape May County’s camping industry attracts tens of thousands of seasonal visitors each year. They contribute $544 million as part of the larger eco-tourism sector to the county’s overall $5.1 billion tourism industry. The primary draw decades ago was that they were less expensive ways to visit and stay at the shore. Today, many are their own self-contained resort communities, featuring special events and long lists of amenities, so many people never even leave their campground.

“I’m not sure you would use the word camping for what we do,” said Christine Engelhardt, a longtime renter at Ocean View from Horsham, Pa.

Engelhardt, her husband, Bob, and their two daughters, Lauren and Rachel, live in a park model home near the resort’s man-made lake, what was once a quarry used to gather sand to construct the Garden State Parkway.

They have air conditioning, cable television and wireless Internet. A tram car travels the paved roads around the park and takes people to the pool by the entrance, the gift shop, the cafe, the arcade, the miniature golf course and more.

“They are like mini-resorts in and of themselves,” said Joann DelVescio, executive director of the New Jersey Campground Owners Association, which is based in Upper Township. “You can go to the shore, but you’re amongst the trees. That’s appealing to a lot of people.”

There are 47 campgrounds in the county with more than 14,700 individual campsites. By comparison, there were about 18,700 total motel and hotel rooms in the county last year, according to the Cape May County Planning Department.

Atlantic County has about half the number of campgrounds, with 23, but only about a fifth of the campsites, with 3,028.

A number of government and industry officials said there has never been a complete economic impact study of campground visitors’ affect on the tourism industry in Cape May County or the state. DelVescio said that in June her association’s board approved developing such a study in the near future.

State and county officials from a variety of departments also were unable to produce a statewide number of campgrounds, and DelVescio only had numbers for her association’s members. However, most said that the state’s other 20 counties do not come close to matching the concentration of campgrounds in Cape May County.

“Disney World is probably overtaking us now, but I think you would be safe in saying we have one of the largest concentrations of campgrounds in the country,” DelVescio said.

Ocean View Resort Campground has 1,175 sites by itself, which the Turners said makes it the largest campground in the state. That’s a dramatic increase from the 50 sites they started out with.

Similarly, Beachcomber Camping Resort in Lower Township has about 650 sites now, and it opened nearly 40 years ago with about 100 sites.

Tammy Gomez’s parents, Lower Township natives Tom and Claire Brodesser, started the business. They also took an old quarry and turned it into a lake where guests now swim, take out their kayaks and ride on a restored tugboat.

Gomez, now a co-owner with her husband, Ken, said many of the guests like the short distance to the shore, but many would rather stay within the resort.

“People just like the atmosphere,” she said, describing the hayrides, dances and bonfires each summer. “They like to just chill out.”

Most of the people who camp in the county come from Pennsylvania, North Jersey, New York and Canada, Cape May County Tourism Director Diane Wieland said.

DelVescio said that the campground association traditionally has marketed along the coast from Maryland to Massachusetts, but they plan to start advertising as far west as Ohio.

Wieland said the growth of the county’s campground industry continued steadily beginning in the 1960s and into the 1980s. Doug Turner said he remembers when Ocean View opened it was one of the first in the county.

Since 1990, the number of campsites in Cape May County has remained basically flat. There was one more campground and nearly 300 more sites then, but DelVescio said the loss of sites may be partly due to the expansion of sites as cabins, trailer homes and generally larger spaces have grown in popularity.

The Turners said that local campground owners have not been generally hurt by the recent economic slump, but they have noticed they are getting more weekly rentals than seasonal rentals in the past few years.

Renting campsites on the mainland is obviously cheaper than renting homes on barrier islands. Depending on the size and amenities, a campsite may cost a few hundred dollars a week, whereas even a small house may cost several thousand dollars a week.

In Ocean View, for example, a seasonal rental from April to September of the highest-end site costs less than $5,000. Across the bridge, in nearby Sea Isle City, even the cheapest, most basic rental home would typically cost more than $8,000 from June through August.

For many families, tradition transcends price. Many of the people who camp in the county have been doing so for years, and several generations of families might be staying in a particular campground at any given time.

Christine and Bob Engelhardt are second-generation campers at Ocean View. Bob’s parents, Liz and Hugo, of Rydal, Pa., started camping there in 1972.

The whole family was relaxing near the lake on a recent afternoon, and they talked about why they preferred camping rather than staying closer to the ocean.

Liz Engelhardt said she liked the fact that it was easy to clean her park model home. She also listed the convenience of being able to walk to and from her home and the lake, and that it was simply not as hectic as in a crowded shore town.

Over time, though, the friends they have met through the years have become their favorite part of coming back.

“We know so many people along here,” said Liz Engelhardt.

Their longtime neighbor on the lake, Bruce MacDonald, of Lawrenceville, Mercer County, shared a similar story. He is now 73, and his wife Emily is 71, and two of their daughters in their 40s also have campsites there.

“We have almost as many friends down here as we do at home,” Bruce MacDonald said. “We’re one big family down here.”