Nat. Parks Give $35B Boost To Area Economies 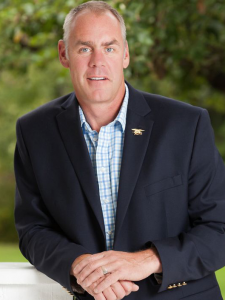 As the nation celebrates National Park Week, U.S. Secretary of the Interior Ryan Zinke announced that visitor spending in communities near national parks in 2017 resulted in a $35.8 billion benefit to the nation’s economy — a nearly $1 billion increase from 2016 — and supported 306,000 jobs.

According to the annual National Park Service report, 2017 National Park Visitor Spending Effects, more than 330 million visitors in 2017 spent $18.2 billion in the communities near national parks. Of the 306,000 jobs supported by that spending, more than 255,000 were in those same communities that lie within 60 miles of a park.

“This report illustrates the incredible economic value of our national parks and further shows the value in President Donald Trump’s plan to rebuild park infrastructure,” Zinke noted. “National parks provide us a gateway to the outdoors, family recreation opportunities and connect us to our history and heritage, and they are extremely vital to local economies all across the nation.

“Parks provide jobs and fuel the outdoor recreation and tourism economy,” he continued. “But as parks remain a popular destination for American families, we must continue to address deferred maintenance and infrastructure needs to ensure parks remain worldclass destinations. One of the ways the president and I are doing this is by partnering with Congress on a bipartisan bill to address the maintenance backlog.”

“National parks connect us with nature and help tell America’s story,” said Dan Smith, deputy director of the National Park Service. “They are also a vital part of our nation’s economy, drawing hundreds of millions of visitors every year who fill hotels and restaurants, hire outfitters and rely on other local businesses that help drive a vibrant tourism and outdoor recreation industry.”

The peer-reviewed economics report was prepared by economists Catherine Cullinane Thomas and Egan Cornachione of the U.S. Geological Survey and Lynne Koontz of the National Park Service. It includes information by parks and by states on visitor spending, the number of jobs supported by visitor spending and other statistics.

National Park visitation grew by 7.7% from 2015 to 2017, which included the 2016 centennial of the National Park Service and the successful Find Your Park campaign.

For more state-by-state information about national parks and how the National Park Service is working with communities, go to www.nps.gov/[statename], for example: www.nps.gov/virginia.