National Park Foundation Adds 4 to Board 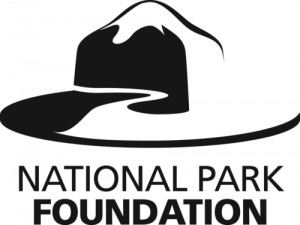 The National Park Foundation, the official charity of America’s national parks, announced the appointment of Kathleen Lynn Brown, Tom Goss, Steve Hightower and Joseph Landy to its board of directors.

The appointments were made by National Park Foundation Board Chair and Secretary of the Interior Ken Salazar.

Brown, Goss, Hightower and Landy will join the NPF Board immediately, providing valuable direction and expertise to the Foundation as it executes its mission to enrich America’s national parks and programs through private support, safeguarding our heritage and inspiring generations of national park enthusiasts, according to a news release.

About the New Board Members

Brown is chairman of Investment Banking for the Midwest Region for Goldman Sachs where she heads the Midwest Public Sector and Infrastructure Group. Prior to joining Goldman Sachs, she served as president of the Private Bank for Bank of America from 1995 to 2000.

In her public service career, Brown was first elected to the Los Angeles Board of Education in 1975 and reelected in 1979. She was elected California State Treasurer in 1990. Brown earned a B.A. from Stanford University and J.D. from Fordham University School of Law.

Goss is chairman of GOSS LLC and a principal in The Goss Group Inc, a commercial insurance brokerage firm. Goss also served as the University of Michigan Director of Intercollegiate Athletics, where he had earned a B.S. in Education and achieved All Big Ten honors playing for the football team. Committed to community and civic leadership, he serves as vice chairman of Barbara Ann Karmanos Institute, the Executive Committee of the Boys and Girls Club of Southeastern Michigan, and was the former Board Chair of the Detroit Workforce Development Board. Goss was the 2001 recipient of theUniversity of Michigan’s Distinguished Alumni Service Award.

Hightower is founder and CEO of Hightowers Petroleum Co. (HPC). Since its start in 1984, HPC and Hightower himself have been recognized for excellence in energy and leadership with numerous awards and citations. Hightowers Petroleum Co. is a national distributor of gasoline and diesel fuels to commercial fleets. Additionally he owns and manages a commercial construction and sustainability company. Hightower represents HPC on the National Petroleum Council, an appointment by the Department of Energy. Hightower also serves on several local and national boards focusing on energy, philanthropy and higher education.

Landy is co-president of Warburg Pincus LLC. He is a former trustee of the Clark Art Institute and of the Williamstown Art Conservation Center. Landy currently serves on the National Executive Board of the Boy Scouts of America, chairing its Corporate Sponsorship Group, in addition to sitting on the boards of several private and publicly held companies. Landy received a B.S. in Economics from The Wharton School at the University of Pennsylvania and an M.B.A. from the Leonard N. Stern School of Business at New York University.

Chartered by Congress, the National Park Foundation is the official charity of America’s national parks. It works hand in hand with the National Park Service to help connect all Americans to the parks and to make sure that they are preserved for the generations who will follow.