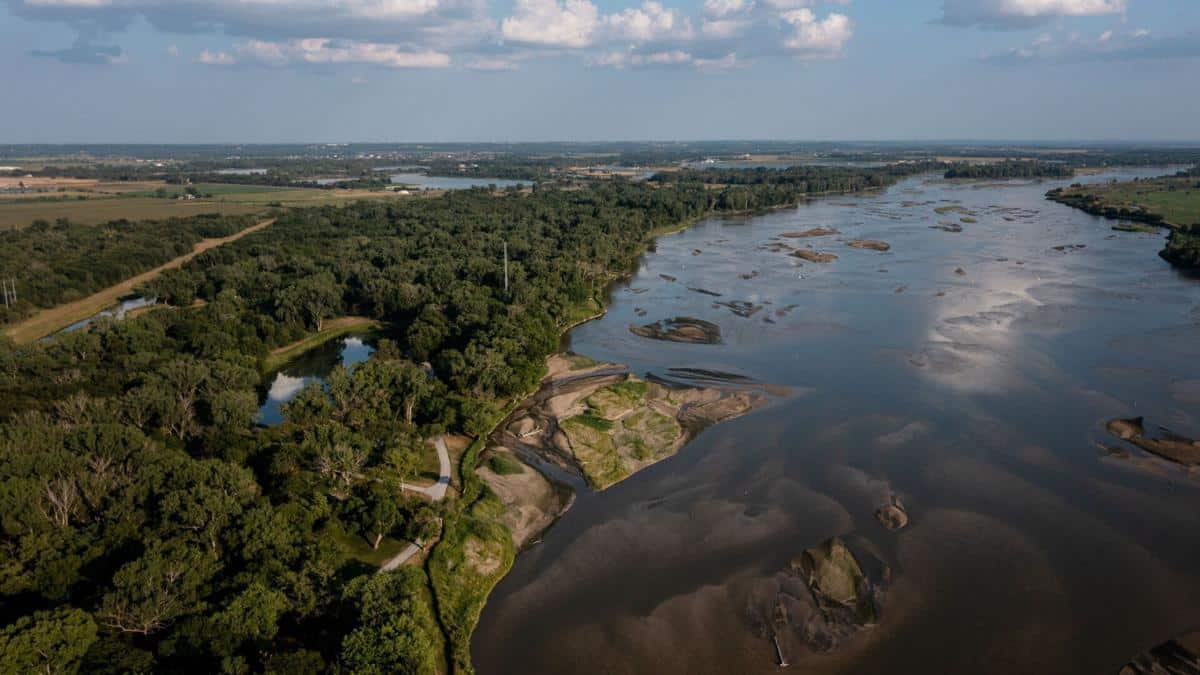 Developers are proposing to build an RV park in this area on the Platte River. CHRIS MACHIAN, THE WORLD-HERALD

The Valley (Neb.) City Council has given preliminary approval to a scaled-back version of a controversial RV park along the Platte River, according to the Omaha World-Herald.

As tentatively approved at the council’s Tuesday (Aug. 9) night meeting, the plan would allow up to 240 RVs along a three-quarter-mile stretch of the river in western Douglas County. The site is located where West Maple Road dead-ends at the river and is immediately downstream of the residential area known as Sokol Camp.

In the new version of the plan, developer Brad Brown removed airboat access, trimmed out at least 50 RV sites and paired back the camping season by a month. Under the new plan, campers would have access beginning May 1 instead of April 1.

The vote to approve was 3-2. It was taken after a little discussion by the council itself but extensive back and forth between those who opposed the plan and the developer’s attorney, Mark Novotny.

Grove said Tuesday’s vote simply allows the project to remain alive while Brown works with the city to meet all 11 conditions required for a conditional use permit. In June, the Valley Planning Commission voted down the plan, saying it did not meet all those required conditions.

The proposal will come before the council again for a final vote, Grove said.