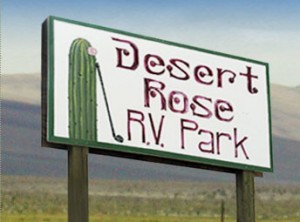 The city imposes a transient lodging tax of 6% of gross income. The lodging tax allocation includes the following:

In addition, she requested businesses should be charged a late fee on a sliding percentage scale which is what the county had done, rather than a flat charge, which the city has initiated, of $100.

Skinner also told council members that Lyon County offered a collection allowance of 10% of the collected tax, and now the city does not offer that allowance. She pointed out the allowance was acknowledgement to business owners who are doing business in Lyon County, which she supported.

Skinner also requested that if no tax liability is due for a certain month, business owners such as RV parks should not be required to file a report. In addition she said, with the city failure to report will result in penalties. She suggested an annual report.

During discussion, Councilman Curt Chaffin remarked that some of Skinner’s requests were valid such as changing the due date from the 10th of each month to the 15th. Concerning the “collection allowance,” Chaffin called it a reward and remarked that he didn’t feel owners needed to be rewarded. “I don’t get rewarded when I pay my income tax fee,” he said. Concerning the late fee, Chaffin noted that he didn’t know if $100 is excessive.

Councilman Don Parsons agreed with Eilrich and remarked that he also thought the city was using Lyon County’s collection procedures.

City Attorney Paul Taggart said, “If we changed the impact of the fee, that’s a different situation than we anticipated. We were not aware of the allowance situation that Lyon County provided.” He added his office will do further research and report back to the council.

Mayor LeRoy Goodman indicated the item will be placed on the April 7 City Council agenda.