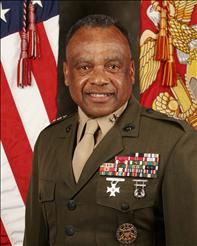 The new director of the embattled California Department of Parks and Recreaiton is a veteran RVer who traveled some 10,000 miles with his wife camping in the state’s campgrounds.

Major Gen. Anthony Jackson, 63, is expected to start work Friday at the state Department of Parks and Recreation, in hopes of bringing some stability to the 280-park system, Gov. Jerry Brown’s staff told the San Francosco Chronicle.

Jackson, who lives in Fallbrook, near Camp Pendleton in San Diego County, is a lifelong nature enthusiast, finding solace in California’s open spaces.

“Getting out of the city, getting away from the artificial lights. … To be at the beach or up in the mountains, with a few soaring hawks. … If I can get a little fishing in, it’s all the better,” he said Tuesday.

Jackson retired in January after a 36-year career in the military, where he earned a lengthy roster of medals and ribbons. He was commander of the Marines’ southwest U.S. operations, overseeing 13,000 employees and 60,000 Marines and sailors. While in that post he took an interest in energy conservation and spearheaded several solar, wind and other energy-efficiency programs for the military, said Richard Stapler, a spokesman for the California Natural Resources Agency.

Jackson said that after retiring, he and his wife bought a recreational vehicle and traveled 10,000 miles around California. He was planning to continue that trek until last summer, when a friend called him about the parks job.

“I saw some of the headlines about the unaccounted-for millions, and at the time my only interest was as a taxpayer,” he said. “But then someone floated the idea, and after I got my wife’s approval I said, ‘Yes, I’d like to help.’ ”

In Jackson’s first few weeks, he plans to meet with staff and park advocates, and then take a hard look at the budget, he said.

“If I didn’t think my leadership skills could help the state parks win back the public’s trust, I wouldn’t have accepted the job,” Jackson said. “We need to make sure we’re good stewards of the public’s money.”

Last summer, the parks department ignited widespread public outrage after it was revealed that it had a surplus stash of $54 million despite the fact that it was raising private donations to keep open 70 parks it had threatened to close. The incident led to the resignation of several parks officials, including Director Ruth Coleman, and state officials began a review of all of the other special funds but found no other cases of funds that agencies intentionally hid from the state Department of Finance, which draws up budgets each year.

Jackson’s appointment was met with enthusiasm by park advocates, who said they’re eager to put last summer’s debacles behind them and move forward.

“I think we’re all interested in finding a long-term, sustainable solution and make sure it doesn’t happen again,” said Jerry Emory, communications director of the California State Parks Foundation. “I’m assuming he’ll reach out to us to hear our ideas.”

Jackson’s goal should be to keep parks open and accessible, shore up long-term funding and address the system’s $1.3 billion in deferred maintenance for trails, campgrounds, museums and other sites, Emory said.

Michele Luna, director of Stewards of the Coast and Redwoods in Sonoma County, said the department should increase its partnerships with nonprofits. Her group, for example, which helps run Austin Creek State Recreation Area, has saved the state thousands of dollars by eliminating bureaucracy and relying on volunteers, she said.

“We’ll see. At this point, we need to give him our support and give him information as he requests it,” she said.

Jackson, who has bachelor’s and master’s degrees in history from San Jose State University, will earn $150,000 annually.