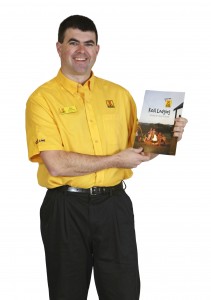 It started 10 years ago as a typical “greenhouse” project on several Kampgrounds of America Inc. company-owned facilities. A handful of new lodge units, complete with their own full bathrooms and kitchens, were delivered to selected locations in the 475-campground KOA system.

But would accommodations campers, long accustomed to walks to the showers from their more rustic Kamping Kabins, really make the move to the more luxurious – and expensive – KOA Lodges?

It quickly became apparent that current KOA campers were ready for more luxury, and so were a lot of potential campers that weren’t willing to give camping a try until they could do it with the comfort and convenience afforded by the upscale lodges, according to a KOA news release.

“The camping industry had a few of these park model lodges scattered around North America for years,” said Mike Atkinson, KOA’s director of lodging. “But there really weren’t enough units to get a good idea whether or not there was a real, viable market of campers for the luxury lodging sector.”

Kampgrounds of America discovered there was a market – and it was a very profitable one.

“As we’ve added KOA lodging units, we’ve seen a substantial growth in both occupancy rates and revenues,” Atkinson said. “We currently see a 15% higher lodge occupancy rate compared to other types of accommodations, and lodges generate almost four times the rates of those charged for recreational vehicle sites.”

The rapid growth in KOA lodge inventory really began in 2009, when nearly 225 lodges were added to KOA campgrounds throughout North America. Another 364 lodges have been added so far in 2010 alone. That number includes 281 brand new lodges, and an addition 83 existing units added a new KOA conversion campgrounds.

“In total, we now have 1,369 KOA lodges and kottages with bathrooms and kitchens at nearly 250 of our campgrounds,” Atkinson said. “And we’re not done. I expect another 80 to 100 units to be added yet this year.”

Atkinson credits KOA’s three primary lodge providers (Cavco Industries Inc. and Breckenridge in the U.S., and General Coach in Canada) for much of the growth.

“We worked with all three suppliers to develop proprietary construction specifications, floorplans and pricing for our franchisees, and they have all done a wonderful job of keeping up with the demand,” he said.

Atkinson – who now specializes in lodge development for KOA – expects the growth trend to continue.

“Lodges are certainly a big investment for our franchise owners,” he said. “But the payoff is huge. Now, we can truly say at KOA, it doesn’t matter if you prefer tenting or your own private luxury lodge in the woods. We have camping any way you want it.”