New Park Slated to Open This Spring in North Carolina 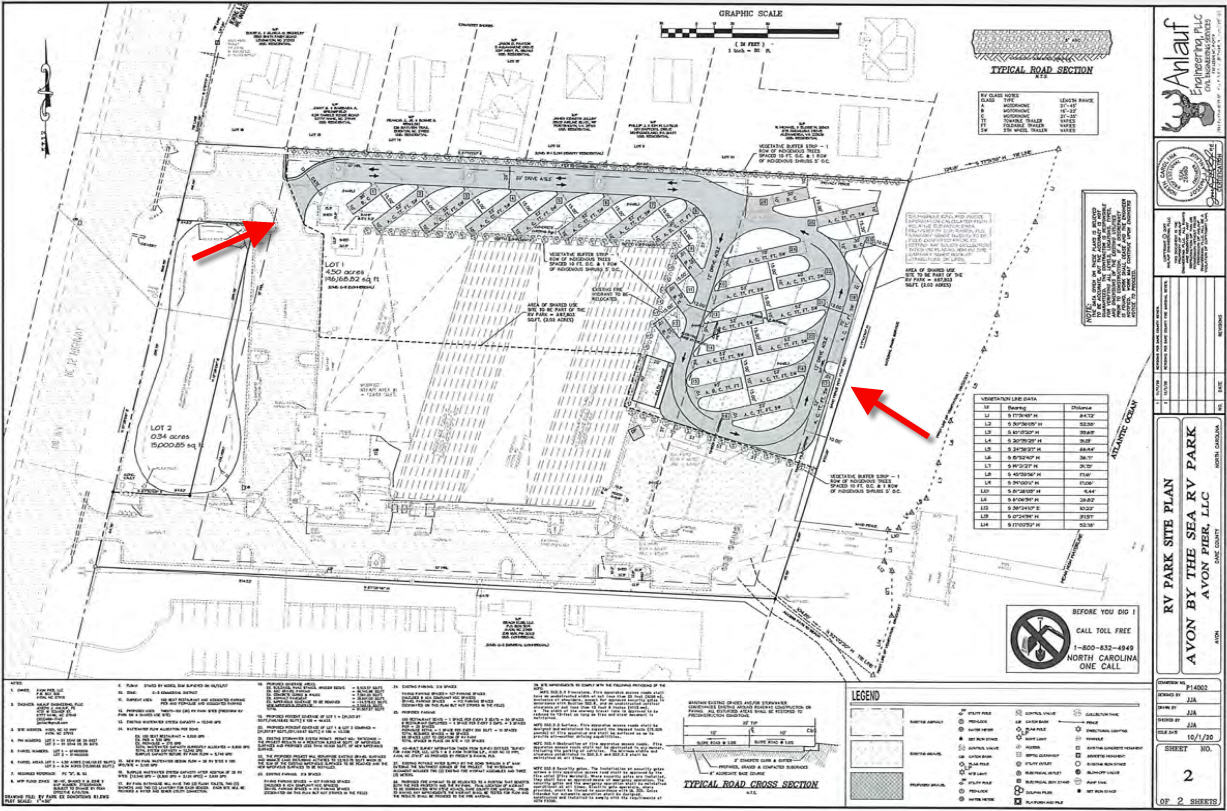 Site plan for the Avon by the Sea RV Park.

A new oceanfront RV park adjacent to North Carolina’s Avon Pier is currently in the works and is scheduled to open by Memorial Day 2021, according to the Island Free Press.

The “Avon by the Sea RV Park” will feature 26 full hook-up sites, an electronic gated entrance, an on-site bathhouse, and lush vegetation, and will be situated on the northern and ocean-facing side of the Avon property, per the site plans.

“I’ve been thinking about it for about three years now, but every time I considered it, I would walk away from the concept,” said Thompson. “Originally, when we had done quite a bit of site engineering, we had planned on putting in a combination of condominiums and townhomes, and we had conversations with CAMA, the county, and the health department [about the project.] But every time we were at a point of moving forward, something would happen, like a hurricane or ocean overwash at [adjacent] Ocean View Drive, so we put on the brakes.”

Instead, the planned RV park has the potential to fill an accommodations gap in Avon. The village has both a motel and a soundside campground, (the Sands of Time Campground), which welcomes both short-term and long-term patrons. The Avon by the Sea RV park will concentrate on attracting short-term visitors only, (with no long-term leases planned), and will be the first and only oceanfront RV park in Avon village.

The RV park will operate within the guidelines of the recently revised rules for travel trailer parks in Dare County, which were adopted on Oct.19, 2020. Each of the 26 sites will have 15 feet of separation, and while travel trailers will be technically allowed to remain on a year-round basis, they must be fully licensed and ready for highway use, and free of excessive additions such as decks or porches. The site of the RV park itself must also be at least two acres in size, per the new rules.