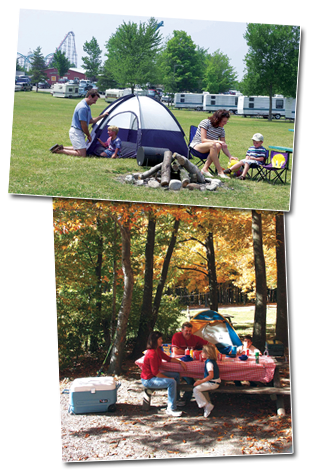 Darien Lake Resort , located east of Buffalo, N.Y., has announced a $7 million project to nearly double the size of its water park, revamp existing space and add new cabins and lodging accommodations, according to The Buffalo News.

“This is the most exciting news we’ve announced in over a decade,” said Cassandra Okon, a Darien Lake spokeswoman.

Water park tickets will be available in conjunction with entry to the theme park or as a standalone destination.

The park’s Lodge on the Lake Hotel will also transform 10 of its rooms to include log cabin-like bunkers for the kids, within the parents’ room but with a separate privacy divide. The campgrounds will get 24 new Brown Bear Cabins, which look like rustic log cabins on the outside but have a fireplace, wireless Internet, cable television and other upscale accommodations inside.

Construction is expected to be completed in time for the summer 2010 season.