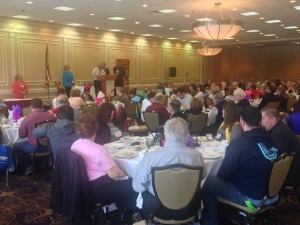 When hundreds of campground owners and operators gathered in Nashua, N.H., March 19-21 for the 51st Northeast Conference on Camping, there was a lot of anticipation for the coming summer camping season.

There was also a little apprehension about whether the snow would melt in time for many campgrounds across the 11-state region from Maine to Maryland to open as planned, with a little more snow falling during the last two days of the three-day event.

Still, compared to the snows that plagued much of New England during the winter, “The weather is with us,” said Cyndy Zbierski, executive director of the Northeast Camping Association (NCA), the regional group which puts together the conference and trade show each year. 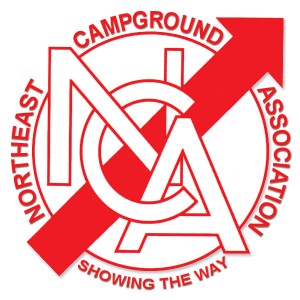 It was the first year the Northeast Conference on Camping happened at the Radisson Hotel Nashua, and the move from Sturbridge, Mass., a few hours north definitely helped bring in new attendees, Zbierski told Woodall’s Campground Management. “We had several new attendees from Vermont and New Hampshire, and of course the attendees who have been supporting us for decades came again.”

The move allowed the event to include more seminars from experts in the campground market:

In addition to the expanded slate of seminars, the two-day trade show saw 75 vendors, a mix of established industry leaders and newcomers, interacting with campground attendees.

The traffic at the trade show was positive, vendors told WCM, with Christine Kornely of The Tower Co., for one, impressed with the energy of the crowd filtering through.

That positive energy filtered through the whole event, Zbierski said. While final attendance figures weren’t ready, turnout was at least as good as last year. “Attendance is good, the seminars were well attended. I know I can add more to the program now, we have quality speakers and the space to add seminars,” she said. “I think we have a win-win.”

Of course, one of the key events is the annual auction, which this year raised more than $20,000 to support the NCA. David Berg of Red Apple Campground in Kennebunkport, Maine, continued to carry the torch as auctioneer, a role he assumed after the death of his friend Dick Hartford in 2013.

During the NCA annual meeting, the board leaders all achieved re-election:

The only change to the board is Doug Brown of Nickerson Park Campground in Gilboa, N.Y., becoming the board representative for the Campground Owners of New York.

While the NCA signed a two-year contract with the Nashua Radisson, the board will get together to decide on future location possibilities for the conference, Zbierski said.

Looking ahead, while many states are waiting on the snow to melt, as Zbierski noted, “RV sales are up and they’re all going somewhere. Let them come to the Northeast.” That includes the Canadian market, where great consumer RV show attendance is inspiring NCA to focus more on that market. As Zbierski said, not only do many Canadian snowbirds pass through the northeastern states on their way to and from the sun belt, many Canadian campers could be enticed to cross the border for a summer stay.