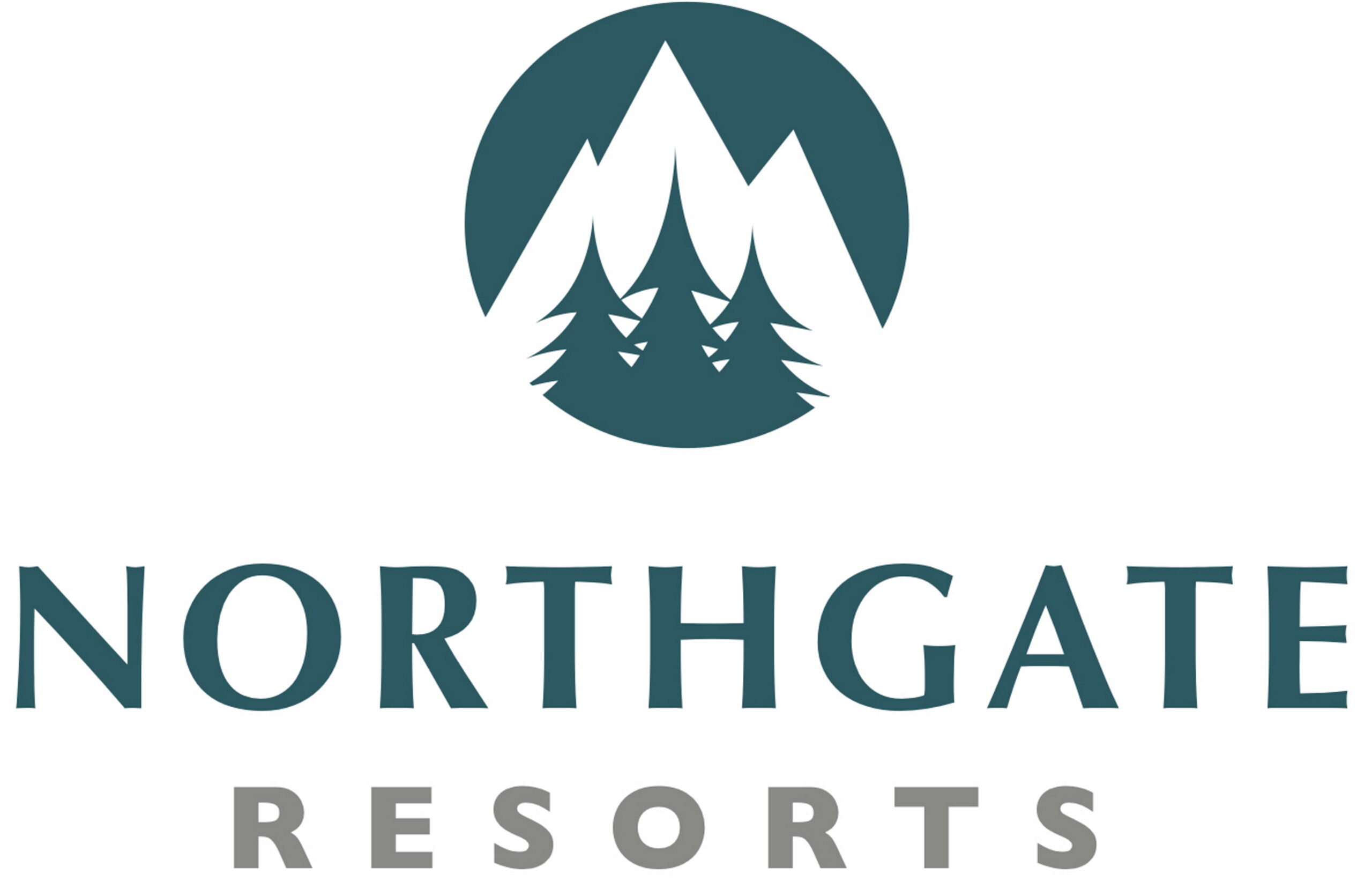 Northgate Resorts has established itself as the largest corporate owner of Yogi Bear’s Jellystone Park Camp-Resorts in the nation, with 14 Yogi Bear-themed parks in nine states.

It’s a portfolio that Northgate has built as a private company, working in partnership with Southfield, Mich.-based Sun Communities Inc. since 2018, a publicly-traded company with whom Northgate has a joint venture agreement.

This spring Northgate plans to unveil the first of a new brand of camping resorts in New Braunfels, Texas, that will appeal to people of all ages, one that combines adrenaline-inducing attractions with amenities like one would find in a resort.

“It’s going to be incredible,” Bossenbroek said. “We will have a big waterpark, a zipline, a swim-up bar, tubing on the Guadalupe, among other attractions.”

​From Bossenbroek’s perspective, the new park, located along the horseshoe bend of the Guadalupe River, a popular river tubing location, will nicely complement the Jellystone Park Camp-Resort in Canyon Lake, which Northgate also owns and operates.

Northgate has two other resorts in development across the country, which could potentially be part of the new brand of parks that follow the model Northgate is about to unveil in New Braunfels. 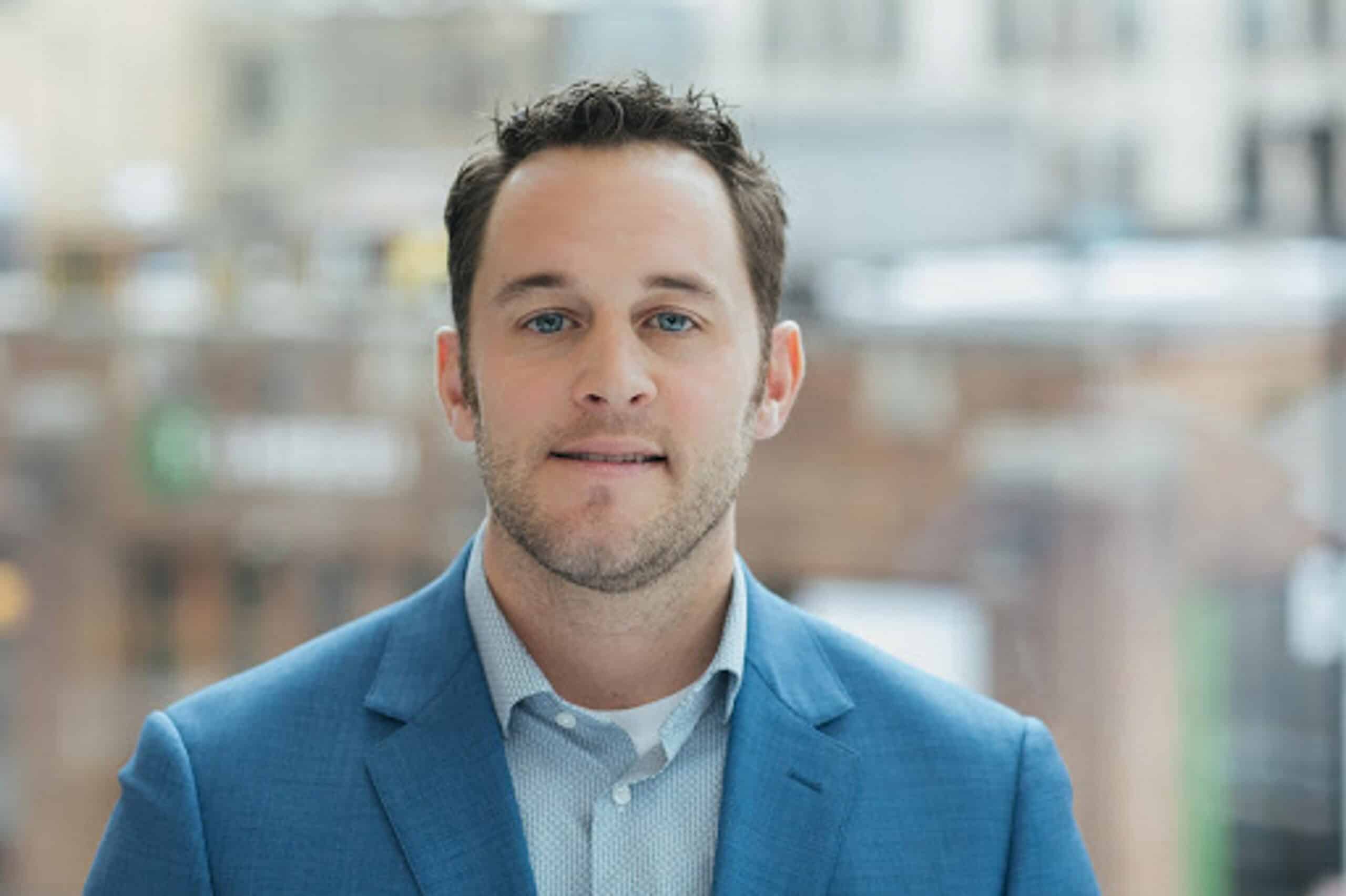 While Bossenbroek wasn’t prepared to announce the name of Northgate’s soon-to-be-unveiled network of branded parks, he did tell WOODALLSCM.com that the Canyon Lake resort would be big, with 300 sites in its first phase, and another 160 sites in its second phase. The park is expected to open in the spring and all 300 sites in the first phase should be completed by the end of summer. The new resort will also have rental accommodations for those who do not have an RV or tent.

But launching a new brand of camping resorts isn’t the only new initiative Northgate has underway. The company has also started acquiring well-established, independent parks as a way to further diversify and expand its portfolio.

In November, Northgate acquired Clay’s Park Resort in Lawrence Township, Ohio, a 73-year-old campground run by four generations of the Clay family. Northgate plans to make improvements to Clay’s Park, much like Northgate does whenever it adds a park to its portfolio.

Bossenbroek noted that while families can do a great job of building their family campground businesses, they often do not have sufficient human or capital resources to take their parks to the next level. “At family-owned parks,” he said, “sometimes these folks run out of time between marketing and operations. So, improvements may be the last thing on their agenda.”

“When we purchased Clay’s Park last year, half of the family wanted to roll their equity forward in the new business entity running Clay’s Park rather than simply cash out,” Bossenbroek said, adding that other park owners who sell their properties to Northgate could also become investors with the company in these businesses.​

While building its portfolio of parks, Northgate has also developed expertise in managing campground and RV resort reservation systems online. Caleb Hartung, a Northgate partner, developed the Campspot online reservation system in 2015, which is now marketed by a separate company with the same name in Grand Rapids. 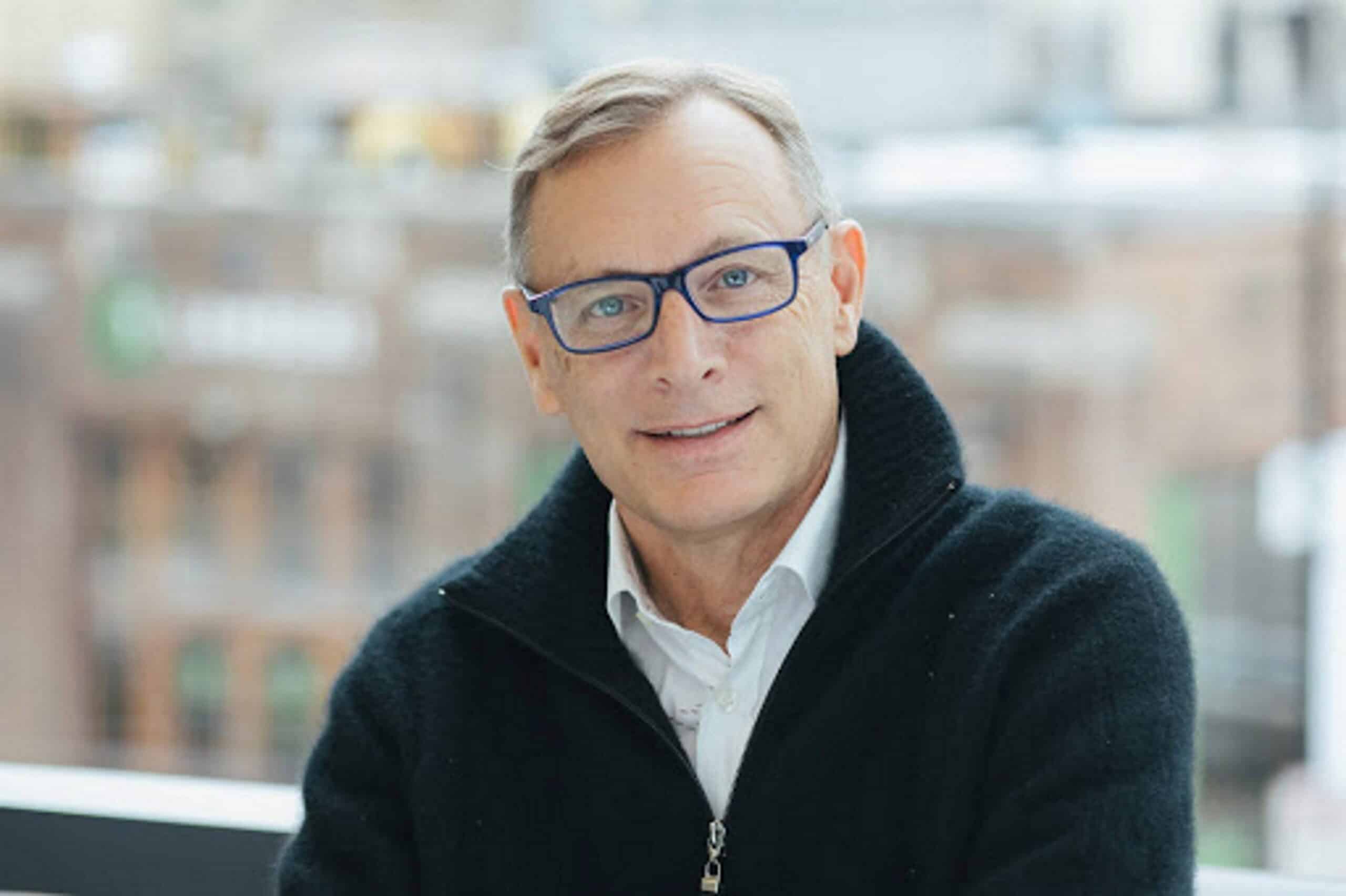 The Campspot reservation system is not only used by all of Northgate’s parks, but the system is also being used by Sun Communities, Adventure Bound Camping Resorts, and most of the parks in the Jellystone Park franchise network, Bossenbroek said, adding that Hartung continues to work with Northgate.

Bossenbroek said Campspot continues to be critical to the success of Northgate. “The express check-in with e-signature capability and housekeeping dashboard was huge for our operations this year — especially as COVID continues to force us to modify our way of operating,” he said. Bossenbroek also mentioned that the addition of Campspot’s Marketplace led to an increase in bookings from new customers.

All of these efforts, of course, position Northgate as a company to watch as it continues to improve existing family campgrounds while developing its yet-to-be-announced brand of parks. At the time of this writing, Northgate had a corporate staff of 50 that includes people involved in park operations, development and design, accounting, human resources, and marketing.

The name “Northgate” traces its roots back to the early 1990s with Bossenbroek’s father, James Bossenbroek. Zachary Bossenbroek joined Northgate in 2004 after earning a law degree from Wayne State University in Detroit. He practiced real estate law for a couple of years while also working for Northgate as a real estate attorney before deciding to focus all of his attention on Northgate. 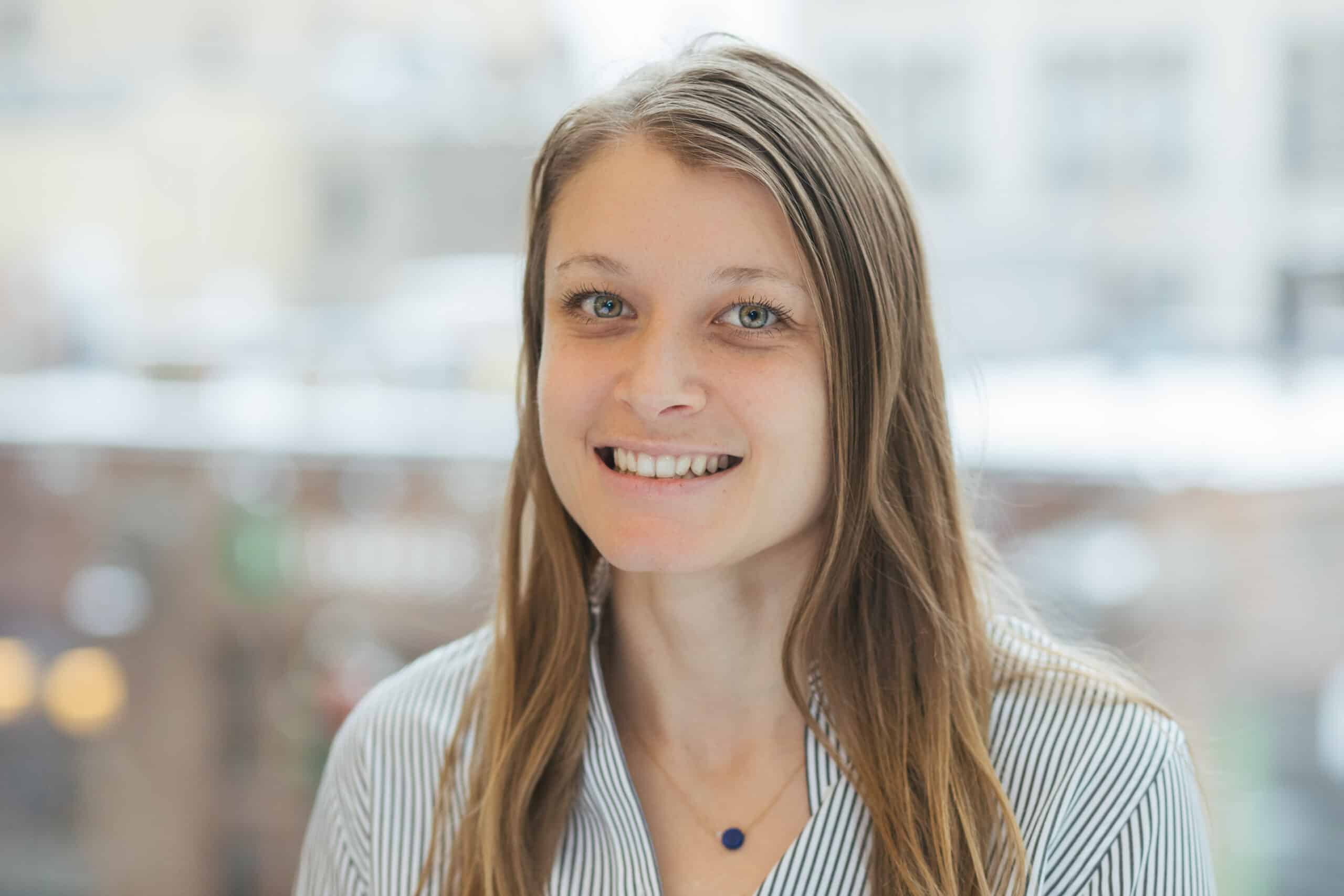 Northgate purchased a minority interest in the Jellystone Park Camp-Resort in Caledonia, Wisc., in 2012, which gave the company a taste of both the attractiveness of the Jellystone Park brand and of the profits that could be made in the family campground business.

Northgate subsequently sold its interest in the Caledonia park but immediately embarked on a quest to own and operate Jellystone Park Camp-Resort locations across the country. In July of 2018, Northgate contributed its portfolio of parks into a partnership with Sun Communities, and the partnership has continued to develop and improve those parks at a rapid pace.

“We believe in the (Jellystone Park) brand,” Bossenbroek said, adding that Northgate changed its name to Northgate Resorts in 2013 to better reflect the company’s focus on camp-resort development and operations.

James Bossenbroek remains a partner and spends his time assisting with new acquisitions, developments, and other company-wide initiatives. 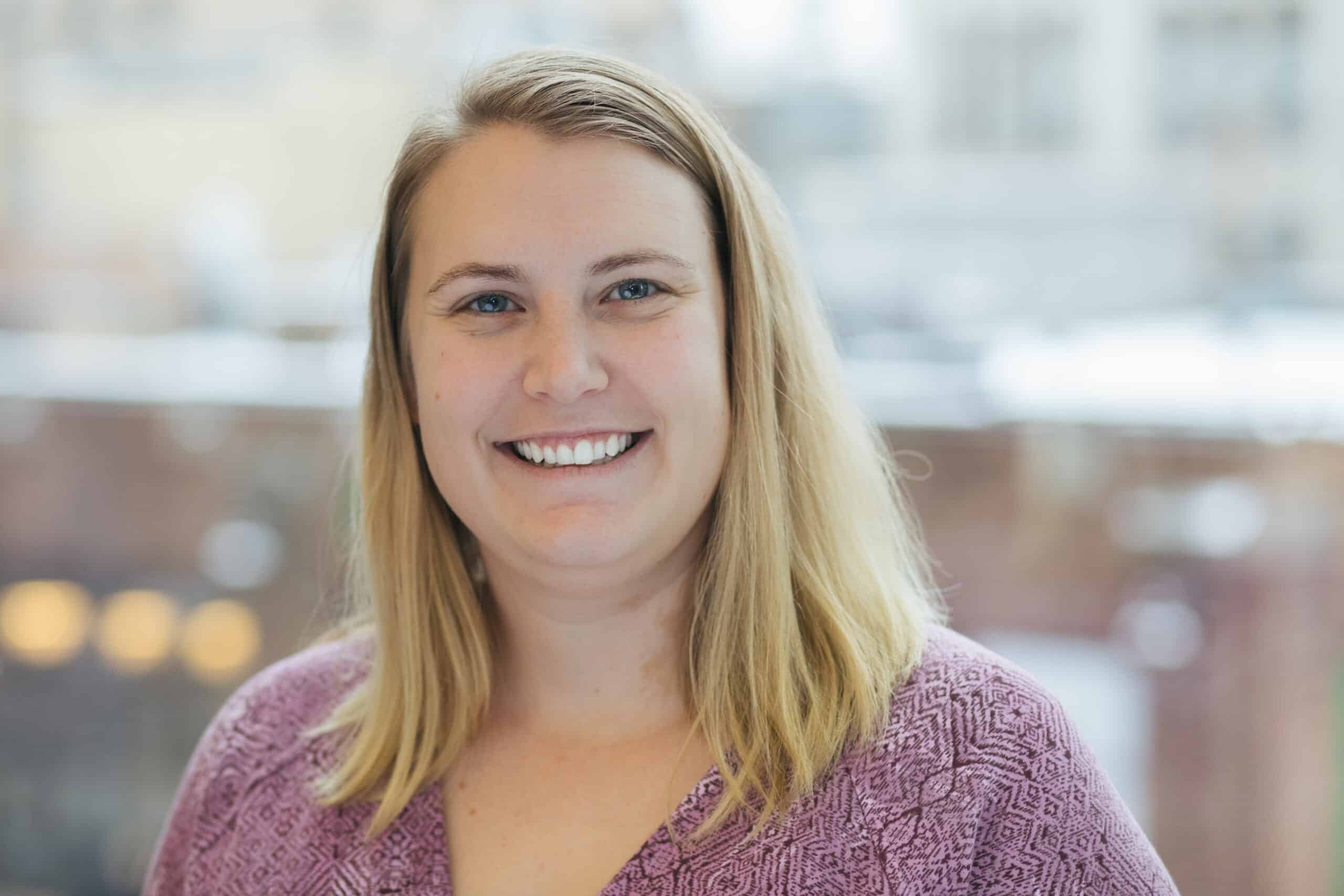 The company has also expanded its leadership team in recent years, adding executives to lead new departments, such as projects and design. Tessa McCrackin, chief marketing officer, is leading the initiative for the new brand of camp-resorts to be unveiled in the coming months.

Northgate not only has a demonstrated track record of success in operating Jellystone Park locations, but the company frequently invests in additional attractions and accommodations to make them even more appealing to families.

​Northgate achieves this kind of revenue growth in part by expanding the size of its parks and by adding more amenities and attractions, such as water play parks, as well as cabins and other rental accommodations, including glamping tents.

For example, the company expanded its Jellystone Park location in Kerrville, Texas, with 89 cabins, a 30,000 square foot water play park, and multiple water slides ranging from 200 to 400 feet in length. Meanwhile, Northgate improved its Lodi, Calif., Jellystone Park location by adding a new water play park with a lazy river and a miniature golf course, while upgrading many of its RV sites to “Red Carpet” pull-through sites with cement slabs. Eighty-seven new cabins were also installed.

Northgate also improved its Jellystone Park location in Quarryville, Pa., with a 5,000-square foot Amish-style pavilion for family reunions and other special events.

The company is continually investing in improvements at its Jellystone Park locations across the country.

Northgate’s other non-Jellystone Parks also include a ton of amenities, offering a variety of family activities. These include Westward Shores Cottages & RV Resort in West Ossipee, N.H., whose activities include laser tag, a ninja playground, gaga ball, a barrel train, arts and crafts, and scavenger hunts. 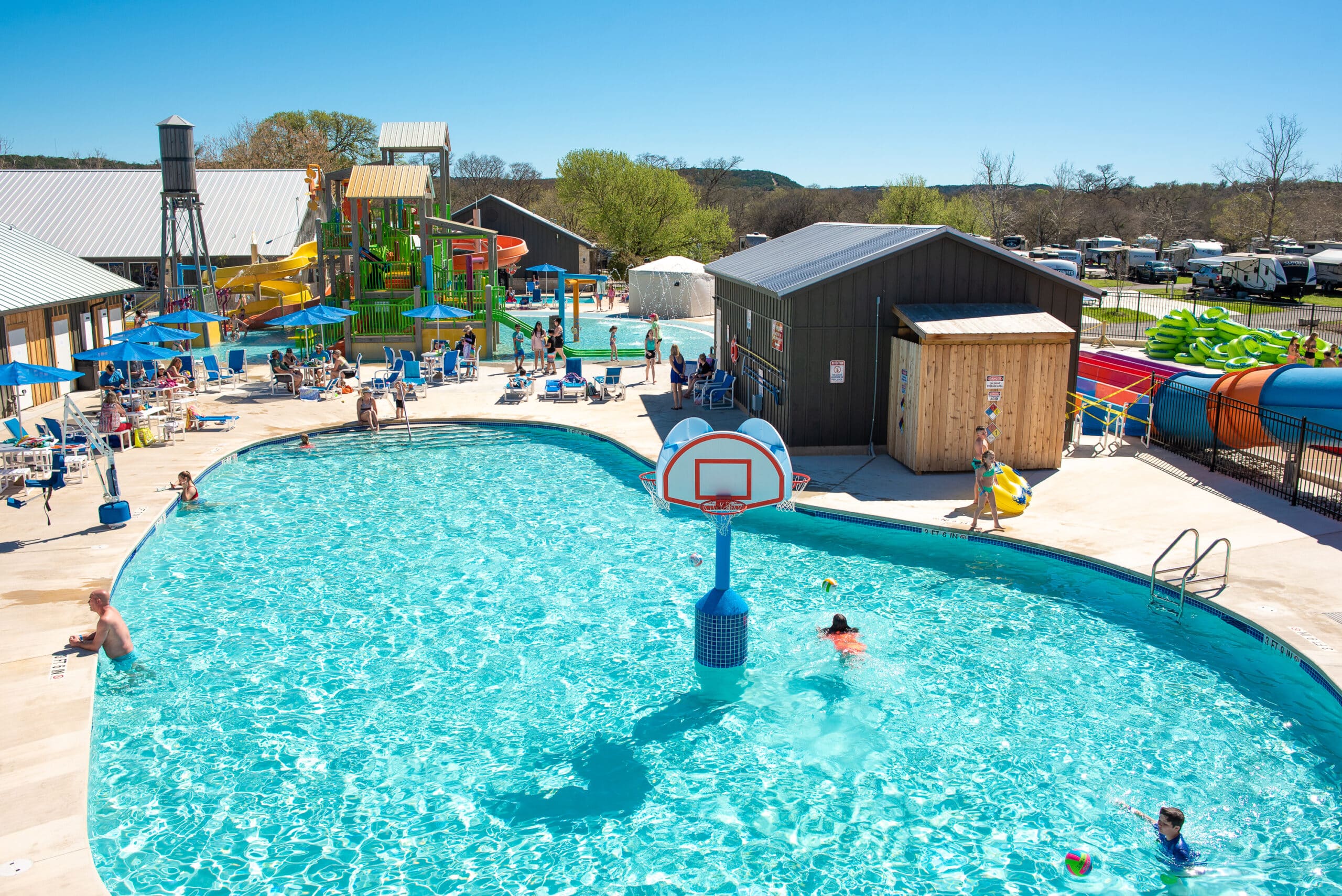 While Northgate is most recognized for operating numerous Yogi Bear’s Jellystone Park Camp-Resorts, like this one in Kerrville, Texas, the company also operates a number of other parks and businesses.

Northgate also owns and operates Kittatinny, an outdoor recreation company that offers zip lines, paintball, and river trips along the Delaware River, as well as two campgrounds in Barryville, N.Y. and Milford, Penn.

While Northgate has had to modify its family activities and operations as a result of the COVID-19 pandemic, the company’s campground business is booming, with revenue up over 19% in 2020 compared to 2019 figures. Bossenbroek anticipates that 2021 will also be another very busy year for the campground business.

Looking to the future, Bossenbroek said Northgate’s goal is to keep doing what it’s doing. Five years down the road, he said, “Hopefully, we’re bigger and better, and we own some of the finest camp-resorts in the country.”

​But through all this, the company continues to learn, just like every other park operator targeting the campground sector.

For Northgate, some of the most important lessons for park operators involve not only the design of their parks but learning how to improve customer service and build a solid team.

“The most important thing is to build a good team, one that cares about the customer experience,” Bossenbroek said. “You, as an owner, know when you have a team member that does care. They are invaluable. It’s because of those employees that a lot of your customers are going to come back.”

​Northgate, for its part, is constantly working to improve staff training across its portfolio of parks. Hiring strong managers is also important, he said. ​Northgate has also hired “guest experience managers” for each of its parks.

“Their sole job,” Bossenbroek said, “is to focus on the guest experience and improve it. That’s where we’re investing a lot of our time and effort.”