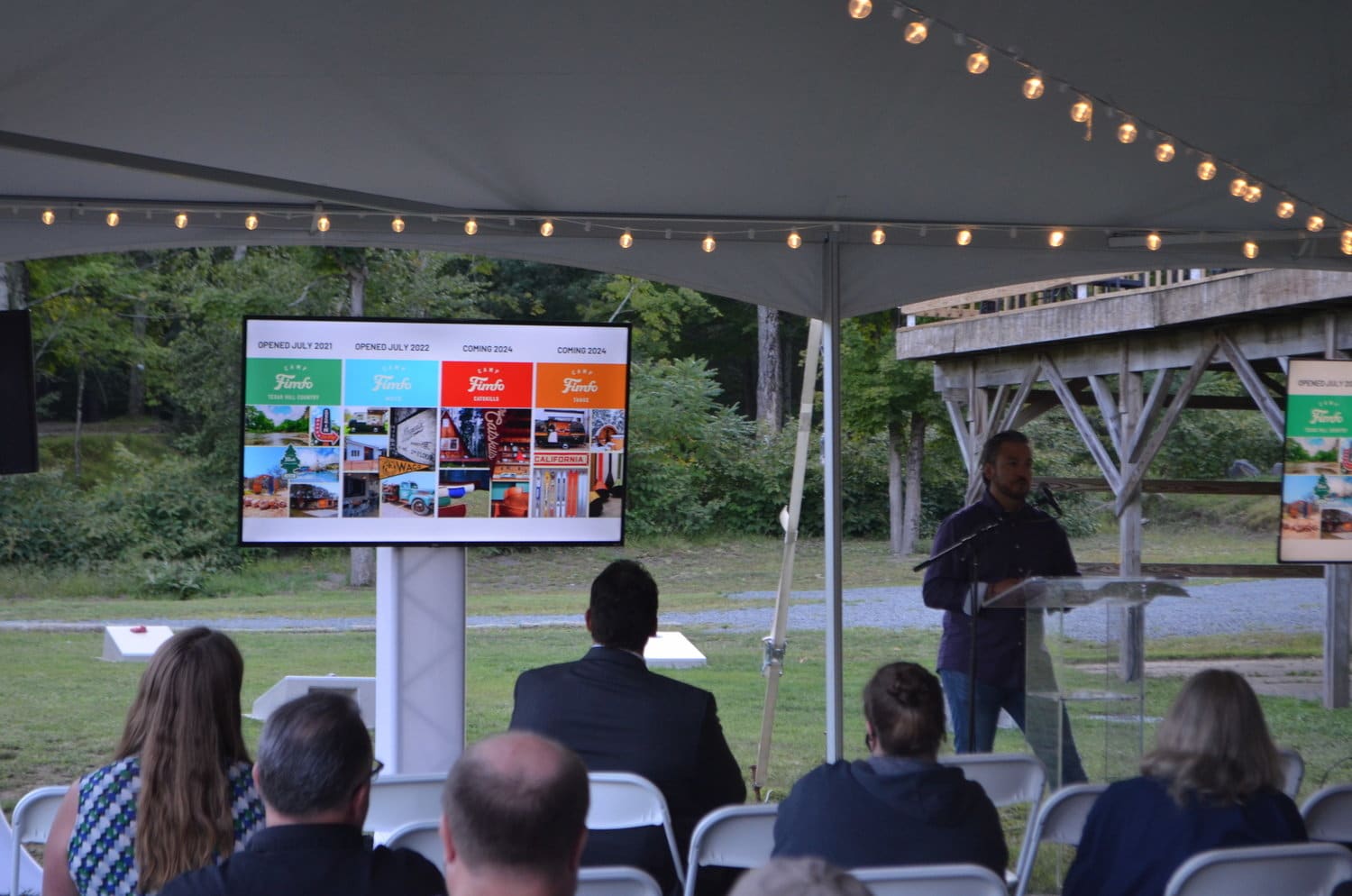 Members of the team behind Camp Fimfo appeared at the Cedar Rapids restaurant on September 15 in Highland, N.Y., to give a presentation and answer questions from the public, according to the River Reporter.

The information session was hosted by the Sullivan County Partnership for Economic Development.

Northgate Resorts, a national family-resort corporation, has embarked on an approximately $44.9 million dollar renovation of the former Kittatinny Canoes in Barryville. The rebranding will add the campground to Northgate’s chain of Camp Fimfos (Fun Is More Fun Outdoors).

Around 75 people showed up, asking questions and expressing concerns at what community members have called the biggest project ever in the Upper Delaware River Valley.

Members of the public have raised concerns about the pool proposed for Camp Fimfo. There was uncertainty about how big the pool would be, whether it would be a “water park” or something smaller.

Calling the proposed pool a “water park” would be a misnomer, Northgate representatives told the public. The proposed water feature included a shallow splash pool with a children’s playground structure, two small slides and a lounge pool around 3.5 feet deep. The pool structure didn’t exceed 35 feet, and it didn’t include the lengthy slides more typical of water parks.

Northgate representatives didn’t address the potential risks, raised by the advocacy groups Delaware Riverkeeper Network (DRN) and KNOW FIMFO, of chlorinated water as a contaminant in case of flooding, though they did say the water would be only lightly chlorinated. They said that the pool was non-negotiable. Northgate considers it an integral part of the Camp Fimfo experience. According to neighboring canoe livery operator, Rick Lander, Kittatinny historically had a pool that they had closed.