RV wholesale shipments to retailers in November 2012 were reported at 20,561 units, up 25.2% from this same month last year, the Recreation Vehicle Industry Association (RVIA)  reported.

On a seasonally adjusted basis, November’s total represented an annual rate of more than 360,000 units, an increase of nearly 10% over the previous month and ahead of November last year by 26.1%.

The graphic version of the RVIA report follows: 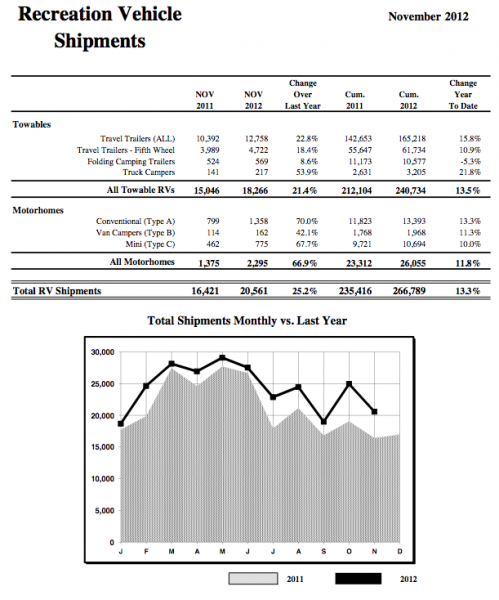