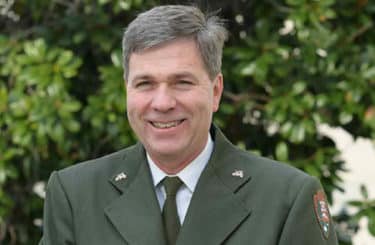 “Mike is one of the most experienced and respected leaders in the National Park Service,” said NPS Deputy Director David Vela in a press release. “His dedication to our employees, the parks we protect, and the visitors we serve will be of enormous benefit to the 89 national park sites and regional office which he will lead in his new assignment.”

“I continue to be inspired by the employees, partners, and friends of Yosemite National Park who work to protect and share this iconic place with the world,” Reynolds said. “It was a great privilege to come back to help Yosemite get ready for its next exciting chapter and I thank everyone in and around the park who supported me in doing that. I am deeply honored to have been asked and I am excited to serve a very special region in the country with incredible parks and many challenges.”

As NPS regional director, Reynolds will oversee 89 park units within eight states of the American West. These regions span the states of Texas, Oklahoma, New Mexico, Colorado, Utah, Wyoming, Arizona, and portions of southern California and southern Nevada. With around 11.2 million acres of public land, the region hosts over 57 million visitors annually. The region employs approximately 5,700 people and hosts more than 25,500 volunteers during peak travel seasons.

Reynolds, a 34-year NPS veteran and a third-generation NPS employee, grew up in Yosemite and later returned to the park as a resource manager, planner, division chief, and most recently, park superintendent. Reynolds previously served as the deputy director for operations of the NPS and spent the majority of his tenure serving as NPS acting director, leading the more than 20,000 employees who protect, preserve, and share more than 400 national parks.

Reynolds is expected to begin his new assignment by the end of 2019. Cicely Muldoon, superintendent of Point Reyes National Seashore since 2010, will serve as acting superintendent after Reynolds’s departure and until a permanent superintendent is named.