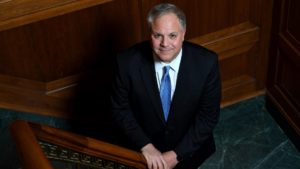 The National Park Service will take the unprecedented step of tapping entrance fees to pay for expanded operations at its most popular sites, officials said Sunday (Jan, 6), as the partial federal government shutdown threatens to degrade some of the nation’s iconic landmarks, according to The Washington Post.

Under a memorandum signed Saturday by the Interior Department’s Acting Secretary, David Bernhardt, and obtained by The Washington Post, park managers will be permitted to bring on additional staff to clean restrooms, haul trash, patrol the parks and open areas that have been shut during the budget impasse that has lasted more than two weeks.

In a statement Sunday, National Park Service Deputy Director P. Daniel Smith acknowledged that the administration’s practice of keeping parks open but understaffed has become unsustainable at some of its most beloved sites.

“As the lapse in appropriations continues, it has become clear that highly visited parks with limited staff have urgent needs that cannot be addressed solely through the generosity of our partners,” Smith said. “We are taking this extraordinary step to ensure that parks are protected, and that visitors can continue to access parks with limited basic services.”

The move, which some critics said could be illegal, shows the extent to which the Trump administration’s decision to keep the national park system open to visitors is straining its capacity and potentially exposing public lands to long-term damage.

During such shutdowns under the Clinton and Obama administrations, the Park Service chose to block access to its sites rather than leave them open with a skeleton staff on board. Trump officials chose the opposite course, and as trash has begun to mount and key habitat has been imperiled, the administration is struggling to manage the problems.