For several years until the real estate market imploded in 2008, a number of RV parks in America’s hottest real estate markets disappeared as developers offered park owners prices they couldn’t refuse and converted their land into housing developments, shopping malls and industrial parks.

Now the same thing is happening in British Columbia, which has lost 50 campgrounds with 2,585 campsites during the past six years, Joss Penny, executive director of the British Columbia Lodging and Campgrounds Association (BCLCA), told Woodall’s Campground Management (WCM).

That equates to roughly to 8.5% of British Columbia’s total inventory of 30,000 overnight campsites, he said.

Penny said growing numbers of campgrounds are being sold as a result of the hot real estate market in Vancouver and throughout British Columbia, which has been fueled by investors from Asia and elsewhere.

Foreign investment has reached such high levels in British Columbia that the provincial government in 2016 imposed a 15% surtax on foreign homebuyers to discourage them from purchasing property in Metro Vancouver.

At the same time, demand for RV sites is increasing as RV sales gain momentum in Canada and as growing numbers of travelers from the U.S., Europe and Asia visit British Columbia in RVs.

Canadian RV shipments peaked at 70,957 units in 2007, just before the real estate market collapsed, according to Shane Devenish, executive director of the Canadian Recreational Vehicle Association (CRVA) in Burlington, Ontario.

But they are climbing again.

Foreign travel into Canada is also up, fueling increased demand for campsites. 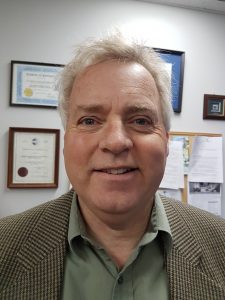 The rising numbers of RVs on the road and the falling number of campsites have resulted in increasing demand for both public and privately owned campsites in many areas of British Columbia, especially on Vancouver Island and anywhere in the Okanagan Valley area, whose attractions range from wineries, the ocean, scenic lakes and good weather.

“From July to Labor Day weekend, there are places where you just cannot get in,” said BCLCA President Patrick Gramiak, who also serves as general manager of Wood Lake RV Park and Marina in Lake Country, B.C.

While more American RVers are traveling, they typically don’t stay long in British Columbia or simply pass through the province on their way to Alaska or to another region of Canada, Penny said.

“Most of the pressure is from British Columbians and Albertans,” he said.

The lack of campsites has also become problematic for people who live in their RVs and work in Vancouver.

“A lot of people with Class C motorhomes are simply parking in the streets and neighborhoods,” Penny said. “They can’t afford housing, and there are not enough RV parks to satisfy demand for them.”

Most privately owned campgrounds in BC are family owned, but Penny said land values have increased so much that it’s difficult for the children of retiring campground owners to purchase their parents’ campgrounds or pay the capital gains tax if they inherit their parks even if they wanted to go into the campground business.

“These children of retiring campground owners often can’t afford to take over the business because the highest and best use (of the property) is not a campground,” Penny said.

Meanwhile, as the number of private campgrounds declines, campground rates are going up, reflecting higher consumer demand for campsites. 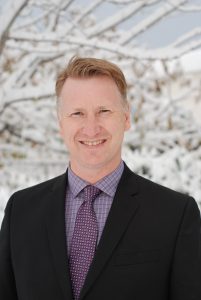 The challenge for consumers, of course, is finding parks with available campsites, which is complicated by the fact that private and provincial campground inventory is divvied up over multiple websites.

Penny said BCLCA is working with the Canadian Camping and RV Council to develop a single database that could give consumers the ability to search for campsites throughout British Columbia.

Other strategies include promoting parks in more northern and otherwise remote areas of British Columbia, which tend to have more available sites than parks on Vancouver Island and in the Okanagan Valley, which are in highest demand.

Such a strategy may also help increase business levels at British Columbia’s more remote parks, which could have the effect of making them more profitable and better able to stay in business into the future, even if they are purchased by new owners in the years ahead.

“If you make them more profitable, you at least encourage them to sell as a growing business that the next owner could continue,” Penny said.

BCLCA also hopes to encourage more developers to build new parks in British Columbia, even though building parks from the ground up is admittedly as challenging in Canada as it is in the U.S.