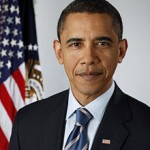 President Barack Obama is confronting Americans’ anxiety over rising gasoline prices by drawing attention to his energy policies and taking credit for rising oil and gas production, a greater mix of energy sources and decreased consumption, The Associated Press reported.

Obama is heading to Florida today (Feb. 23) to promote an energy strategy that the administration says will reduce dependence on foreign oil in the long term. But Obama’s pitch will also have a subtext: that the federal government can do little to halt the current rise in gasoline prices.

Obama will speak at the University of Miami and tour the school’s Industrial Assessment Center, which trains students as industrial energy-efficiency experts. The program is one of 24 across the country.

White House advisers believe Obama needs to address the recent spike in gasoline prices, even though they see it as a cyclical occurrence. The current $3.58 per gallon is the highest price at the pump ever for this time of year.

Obama aides worry that the rise in prices could reverse the country’s economic gains and the president’s improved political standing. A new Associated Press-GfK poll shows that though Obama’s approval rating on the economy has climbed, 58 percent disapprove of what he’s doing on gas prices.

Republicans have seized on the issue, citing Obama’s decision to reject a permit for a cross-country oil pipeline as evidence of a misguided policy. Former Pennsylvania Sen. Rick Santorum has warned of $5-a-gallon gas, while former House Speaker Newt Gingrich has said he could lower prices to $2.50 a gallon.

White House officials point to increased oil production and decreased consumption as evidence that Obama’s policies are working and will lead to greater energy independence in the long run. But they assert there is little Obama — or any president — can do to change the trajectory of prices now.