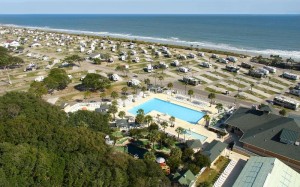 Ocean Lakes Family Campground, in Myrtle Beach, S.C., has received two more honors for customer satisfaction. The campground received an “A” grade from the fifth annual GuestRated satisfaction survey of independent parks and a “Silver Award” from the readers of Trailer Life magazine, according to a news release.

“A” Grade based on Reviews

Ocean Lakes was one of only nine that has received this rating every year since the award’s inception in 2008. It is also the only one in the Carolinas that has been honored every year for its excellence.

“It’s always an honor to be recognized by our peers, but receiving top marks from our customers is the greatest complement of all,” said Barb Krumm, director of marketing and public relations for Ocean Lakes Family Campground. “The GuestRated surveys, based on customer experiences, let us know how we are doing. We take our customers’ feedback to heart. Ocean Lakes does not strive to win awards, we strive for excellence in customer service and overall operation.”

“Silver Award” based on Votes

Ocean Lakes was also recently honored with the “Silver Award” for “Favorite Campground/Resort” category in Trailer Life magazine’s Readers’ Choice Awards. The winners are listed in the January issue of the magazine, which is on newsstands now, as well as online. Thousands of readers participated in the online survey conducted at TrailerLife.com.

“We really appreciate the thought that people put into customer surveys when they fill them out,” said Krumm. “But to be voted as a ‘Favorite Campground’ in America with so many choices is amazing. The ‘Silver Award’ lets us know that we have made an impression on people and will work even harder to remain a favorite place in their minds. For that, we have to thank our team, some who have been with us for many years.”