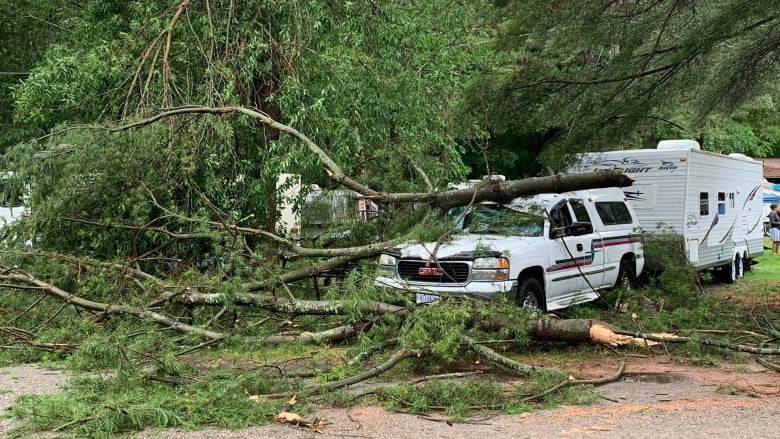 Some residents of eastern Ontario were left cleaning up after heavy rain and thunderstorms blew through parts of the region Saturday (June 27) evening, according to CBC.

One tree, Morris said, smashed into a trailer, while another fell onto a parked truck at the campground. Others ended up blocking roads.

No one was hurt, however.

“It was certainly severe to the point where you couldn’t see across the regular roadway within the park to see your neighbor’s trailer,” Morris said.

The flash storm, which lasted about 15 minutes, darkened the skies so much that the park’s street lights turned on, Morris said.

One camper’s weather gauges said the park was hit with about nine centimeters (3.5 inches) of water, he said.

“It was like a whiteout from a winter-storm-sort-of-thing. Nothing that we’ve ever seen before,” Morris said. “Just one more thing for 2020 to go down in the memory books.”

Further south in Kingston, Ont., the thunderstorms caused some streets to flood.