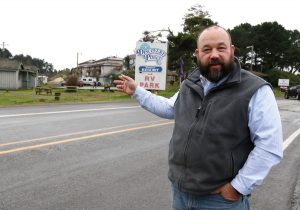 The story of Douglas County, Ore., government is, in many cases, one of steadily shrinking services — departments closed Fridays, a library system handed off to cities and volunteers.

The county parks department; however, is another story, according to The News-Review. It’s become financially self-sufficient and increasingly businesslike in recent years, and nowhere is that more evident than at Winchester Bay.

Visit there with your RV, and there’s a good chance you’ll find yourself staying at a campground that’s either owned or partly owned by the county.

Now the county is in negotiations over a possible purchase of Discovery Point RV Park, a privately-owned park that primarily serves off-highway vehicle riders. County officials say it would be a positive addition to the parks system, one that will bring in money to the county coffers. Detractors say the property has been on the market for years, and if it was a great investment, a private buyer would have snatched it up.

Discovery Point offers easy dune access, 80 RV sites and a handful of trailers and cabins to rent. It’s not as pretty as the county’s neighboring Half Moon Bay Campground, but it provides full hookup spots that Half Moon doesn’t. And it offers the direct beach access that OHVers demand.

Discovery Point might be described as a fixer upper. Customers reviewing the campground on the website Yelp praise the proximity to the dunes, but describe the park as “a bit run down” and “ruff around the edges.”

A Discovery Point purchase could be funded with a mixture of parks department and general fund dollars, offset by sale of undeveloped parks the county has labeled surplus. The county could also put a $650,000 grant it received from Oregon Parks and Recreation toward the purchase price.

There’s no deal yet, but negotiations are underway with the owners.