Ore. Park Is Successful Thanks To Partnerships 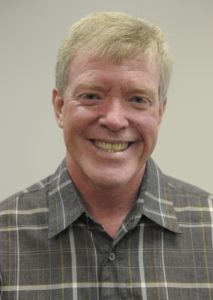 The Linn County (Ore.) Parks and Recreation Department has formed several successful partnerships with other government agencies over the last 21 years, and Director Brian Carroll hopes to extend that effort into the private sector.

In fact, Carroll told members of the Albany Area Chamber of Commerce Wednesday that development of the Quartzville Recreation Corridor near Green Peter Reservoir, and the potential for development of boat-in camping facilities on the reservoir itself, will depend on a public-private partnership, according to the Albany Democrat-Herald.

“There already is a lot of boat-in activity on Green Peter, but we envision an actual resort, perhaps like Clear Lake Lodge, that would get the campers out of the mud,” he said.

He called Green Peter Reservoir a diamond in the rough and said that although it’s nearly as large as Detroit Reservoir in Marion County, it’s more rural and presents development challenges due to its steep terrain.

Carroll has headed the county’s parks department for 21 years and came to Linn County from Washington state. He earned a degree in wildland recreation management from the University of Idaho College of Forestry in 1986.

While researching the job opening, Carroll visited the Linn County Courthouse. One of the first people he met was former Treasurer Shannon Willard, who was present Wednesday at the chamber event. Willard was encouraging about both the job and Linn County.

Carroll said the board of commissioners was clear from the start of his tenure that it wanted the parks department to operate as much as possible without taxes from the general fund. Today, he said, other than a share of RV licensing fees and boat registration fees, the department operates without local taxes.

“We’re kind of like a nonprofit, but we pay our own way,” Carroll said.

Carroll said Linn County operates 35 facilities that run from Harrisburg on the Willamette River to Clear Lake Resort high in the Cascades.

Camping is the “bread and butter” of the parks department, Carroll said.