Outdoorsy on Track to Reach $1B in Sales This Quarter

Outdoorsy, the online RV rental and outdoor travel marketplace, on Wednesday (Jan. 13) announced it is on track to reach $1 billion in transactions on its platform by the end of the quarter. Outdoorsy’s RV bookings soared to new heights in 2020, leading to the company’s best year on record, according to a company release. To date, more than 3.2 million rental days have been booked on the platform, which hosts a growing community of 37 million followers.

With 200,000-plus unique vehicles available to rent in over 4,800 cities across 14 countries, Outdoorsy has emerged as a preferred form of travel for consumers, offering a self-contained mode of transport that allows its guests to safely hit the road amidst growing health concerns, while at the same time empowering RV owners to establish a new source of financial income and support. 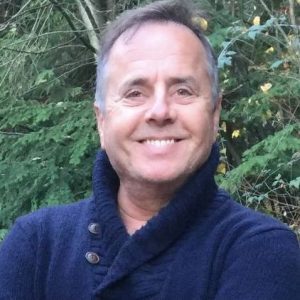 “Before we founded Outdoorsy, we spent nearly eight months on the road living in an RV, talking to RV owners and travelers to better understand the industry and learn what consumers would want and value in a marketplace,” said Jeff Cavins, co-founder and CEO of Outdoorsy. “It was after that time living on the road that we knew we had uncovered a multi-billion-dollar market hidden before our very eyes. Achieving this major milestone of $1 billion in transactions is a significant proof point of that epiphany we had six years ago and a great milestone for our community.

“But we are just getting started,” he added. “Outdoor travel is one of the last major markets waiting to be brought online, and as more people feel the magnetic pull of the outdoors and the benefits of road travel, we have a huge opportunity to make the outdoors accessible to people all over the globe who want to see and experience nature and adventure in their own unique way.”

To build on this momentum, the founding team behind the on-demand rental marketplace recently made two key hires – Kevin Swint joins as chief product officer and Ryan Eldridge will serve as vice president of engineering for Outdoorsy’s insurtech division. As Outdoorsy’s business continues to accelerate from an unprecedented surge in demand for outdoor travel, Swint and Eldridge are strategically poised to help champion the organizations’ scaling and growth by executing on industry-first initiatives. The company’s new insurtech business is pioneering a new form of digital insurance designed to enable the commercialization of recreational vehicles for marketplace rental activities.

Swint joins as chief product officer and will oversee global product design, user experience, and the product suite buildout for the company. Swint joins Outdoorsy from Airbnb where he served as the global head of product for experiences and host community. He brings decades of business acumen as an executive and global product leader in consumer tech, having held key leadership roles at pivotal moments for some of the world’s most iconic brands. Prior to Airbnb, Swint served as senior vice president and global general manager at The Walt Disney Company where he led the development and launch of Disney+, overseeing design and product development, product marketing and branding, and operations for the innovative product. Prior to Disney, Swint was global head of video services at Apple, responsible for all aspects of Apple’s movies and TV products and services across iOS, Apple TV and Mac/PC.

Eldridge joins as vice president of engineering for Roamly, Outdoorsy’s insurtech division. Eldridge served for seven years at MetroMile, where he led platform, product, and mobile development for the rapidly growing insurtech that initiated the era of disrupting the $250 billion automotive insurance category, which had gone unchanged for over 80 years. During his time at MetroMile, Eldridge also built out the company’s enterprise product offerings. Prior to his role at MetroMile, Eldridge spent time in the healthcare insurance space, as well as at AisleBuyer, a company that was later acquired by Inuit.