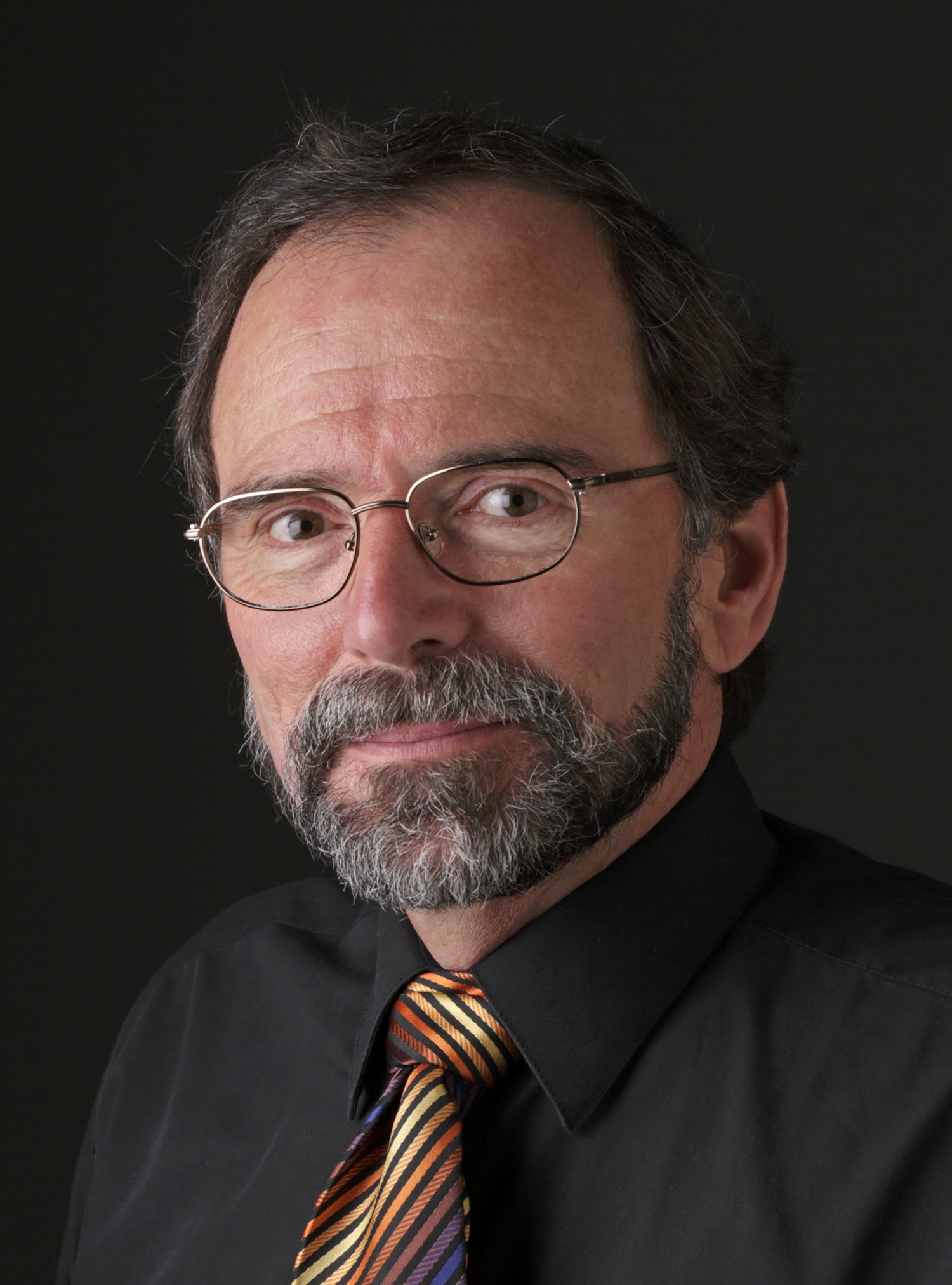 When the American’s with Disabilities Act (ADA) was signed into law by President George H. Bush in 1990 very few people were probably thinking about the implications that law would have in today’s digitally fueled world.

From cell phones, web pages, social media and even streaming services like Netflix. The ADA is now going beyond the physical items like ramps, hand rails and accessible bathrooms that most think of when talking about ADA compliance.

For campground owners, this is just another avenue that warrants attention, or you could leave you and your park vulnerable to thousands of dollars in judgements should your park get sued.

And yes, parks are getting sued.

In Pennsylvania, at least five parks have received complaints and demand letters, while Peter Pelland, CEO of Haydenville, Mass.-based Pelland Advertising, notes that at least one western Pennsylvania park is scheduled to appear in a district court that has been favorable to these types of lawsuits.

“Two are actually our clients and the initial perception is that the websites themselves are not complying with the level two standards,” he noted to WOODALLSCM.com (WCM).

The Web Accessibility Initiative (WAI) has developed a set of Web Content Accessibility Guidelines (WCAG), the most recent version being WCAG 2.1, released in June 2018, according to Pelland. The guidelines are broken down into three levels: A, AA, and AAA, where “A” is the most basic and “AAA” is the most extreme.

“I’m seeing some organizations that seem to be in a panic and are saying that websites need those “AAA” standards, which we think is little bit extreme,” he explained.

Pelland said that in most cases meeting the “AAA” standards would be cost prohibitive for many owners and would also hurt marketing efforts.

Some of the key standards that “A” and “AA” require are:

• Creating “alt” tags for images and media files.
• Ensuring that text can be scaled up to 200% without horizontal scroll bars appearing or breaking the websites layout.
• Creating a high contrast ratio with text and background colors.

Pelland noted that after reading through one of the complaints filed against a campground he found that they weren’t even talking about the park’s website design, but instead were focused on the fact that the website did not provide adequate information outlining the compliance standards that were in place at the park.

“In other words, they weren’t saying whether or not their bathrooms were handicap accessible and if they were, how are they defining it? Is it just a ramp? Is it grab bars? That sort of thing,” he explained. “They seemed more concerned about having a complete listing of what was compliant, so that somebody who does have a disability can make an intelligent decision in advance of booking a reservation.”

Peter Pelland
Still, for campground owners it is essential that they begin to explore ways of updating their park’s website and ensuring that they are taking steps to becoming more compliant.

Roxi Baxley, owner of Port Angeles, Wash.-based Strait Web Solutions, told WCM that when she talks to some owners about ADA website compliance, they are shocked to even hear that it is something they need to look into.

“I explain to them the best that I can, because I am not an attorney, how it all works as I understand it,” she explained.

Understanding what is required is difficult even for seasoned website developers because the U.S. Justice Department has stepped back from the process and hasn’t provided clear guidance on what businesses need to do to remain compliant, according to Jeff Sims, senior director of state relations and program advocacy for the National Association of RV Parks and Campgrounds.

Owners also need to understand that there are a variety of disabilities that can impact a person’s ability to look at their websites.

“A site also has to be able to be read by a reader, for people who can’t read,” she continued. “That isn’t necessarily just for blind people either, they could be dyslexic or illiterate. You start talking about all these things and while many owners may not know a customer who is blind, they may have a customer that is color blind or dyslexic. When you start looking at the big picture, then you start realizing that your website isn’t available to everyone and some of those people could very well be your current customers.”

Although the process of ensuring your website is ADA compliant can seem daunting at times, the web developers WCM spoke with noted that owners should first analyze their websites to see where improvements need to be made.

A way to do that is to go through a free, web-based program, like Web Accessibility, which will give an owner a report on where their website needs to improve.

Pelland said they will analyze a customer’s site by running a test and then examine the specifics of the test to ensure they aren’t identifying any false positives.

“Most of the important factors that determine whether or not a website is ADA compliant are things that we have been doing all along,” he explained. “Text readers not only need to be able to read the text on the website, they need to be able to identify the language that the site is written in. So, your site needs simple language tags that indicate that the site is written in English, that is something we have always done.

Peter Pelland
Pelland said some of the things he is finding on websites they have designed that need to be addressed deal with things like contrast levels between the text and the site’s background.

“The ultimate level of contrast would be black text against a white background, which would be really boring,” he noted. “What we’re finding is that we’re needing to find a balance between graphic design and a site that’s going to still be able to appeal to the 99% of the people visiting that site who have no disability whatsoever, and still meet the standards.”

Baxley noted that many owners use local developers when it comes to creating or maintaining their sites, and that they need to go back to those developers and ask them for recommendations on moving forward towards better compliance.

“If they give you a blank stare than you probably need to find another developer,” she said.

Pelland noted that owners should be going to their developers with some basic questions.

“Do they understand what the issues are?” Pelland questioned. “Are they even familiar with ADA compliance? I know there are a lot of website developers that have fallen by the wayside over the years because they didn’t want to evolve with the changes in technology. There are people who stopped building websites when smartphones came on the scene and they realized they needed to design websites that could be viewed on any device.

“You need to have somebody who has an understanding and an appreciation for it,” he added. “Part of it is recognizing that people with disabilities do have the same rights that you and I have, and we need to respect that. It really doesn’t take a whole lot.”

Pelland said he has begun updating websites they have developed with accessibility statements, which helps customers understand where the park owners are at as far as coming into compliance.

“I think that you have to be aware of both the functionality of the site and give an effort at identifying exactly what a park is doing to demonstrate that it’s making a good-faith effort at either being compliant or becoming compliant,” he noted. “There’s no court that’s ever going to say that there’s a valid case against a business that’s making an effort.”

Developers themselves have seen costs rise because of the ongoing litigation over ADA compliant websites in other industries.

Baxley said that her business lability insurance went from $37-a-year to $2,000-a-year.

“I am not worried about whether or not my site is ADA compliant, but with everything that is going on, if somebody decides that isn’t enough and a client gets sued and then they sue me, I needed to make sure I had coverage to handle that scenario,” she explained.

Baxley noted that she still hears from owners that are willing to roll the dice, something she said is a “silly response.”

“They would rather not have it than have to pay to have it fixed,” she said.

For Baxley, cost is really determined by what each individual project entails.

“There are two things that you pay for,” she explained. “Our experience and our ability. If it’s a website that has four pages, it’s not going to cost as much, but if you have a website that has 20 pages and then a photo gallery with 1,000 photos in it, then the prices are going to go up. For existing clients, it wouldn’t be too much because I have already done a lot of the work to make them compliant.”

For Pelland, he said his company has made the in-house decision to absorb all the costs and not pass them along to the customer.

“The decision was a difficult one for a smaller company and its going to take some time, but we have been taking a very methodical and careful approach,” he explained.