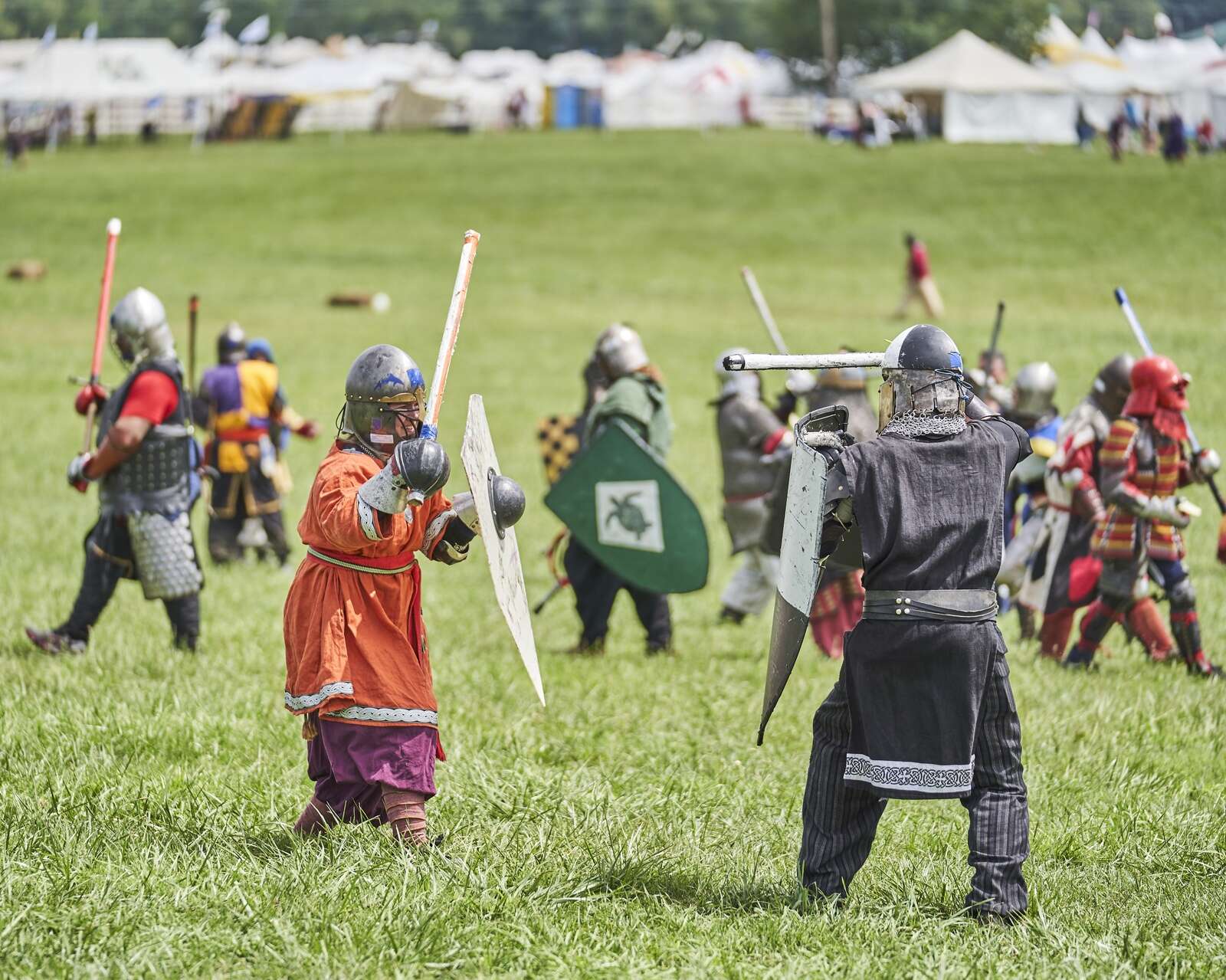 The 49th Pennsic War began at Cooper’s Lake Campground in Butler County, Pa., on July 29, and this year brought in more than 8,000 medieval reenactors and enthusiasts, according to the Butler Eagle.

The two-week camping event is organized through the Society for Creative Anachronism and invites people to stay on a campground that simulates the experiences of Sixth- through 16th-century life.

Adam Wilson, of West Virginia, remembers the first time he drove over the hill on Currie Road to see a sea of tents housing thousands of people dressed in medieval garb.

He could finally participate in simulated swordplay and battle reenactments that he had enjoyed since childhood alongside other people with similar passions. Pennsic War has been a must-attend for him ever since that day four years ago.

“The first time I drove up the hill and it crested was almost magical,” said Wilson, also known as Salvadore De La Torres by the Society for Creative Anachronism. “I always loved swords, sword fighting, and to find a place that is an outlet is incredible. I get to do what I always loved watching.”