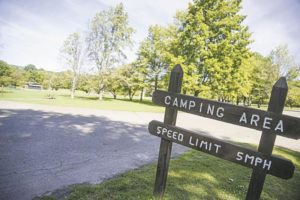 Marci McClelland had a one-word reaction to learning the U.S. Army Corps of Engineers will have its campground at Woodcock Lake in Meadville, Pa., open in 2020, according to The Meadville Tribune.

“My family’s been camping there since 1972,” the Corry area resident said. “I took my kids there, and now I’m taking the kids and children. I’m very excited it’s going to remain open.”

Operation of Woodcock’s campground for 2020 came into doubt after Crawford County commissioners announced earlier this year said they would stop operating the campground and park after the 2019 camping season because it was costing too much money to run.

For the past few years, Crawford County has lost about $65,000 a year operating and maintaining the 311-acre park — too much for the county to keep absorbing, according to commissioners.

The Corps of Engineers owns Woodcock Lake Park & Campground, but since the mid-1970s has leased it to the county at no cost to operate a campground and park.

“The most important thing for us is to keep the facility open (for camping),” Carol Vernon, spokesman for the U.S. Army Corps of Engineers Pittsburgh District, said Thursday. “We’ve got a valuable resource for the public and there was no way the Corps was going to allow it to be closed.”

The park and campground are part of the Corps of Engineers’ Woodcock Dam project built in 1973 as a flood control, water quality and recreational project.